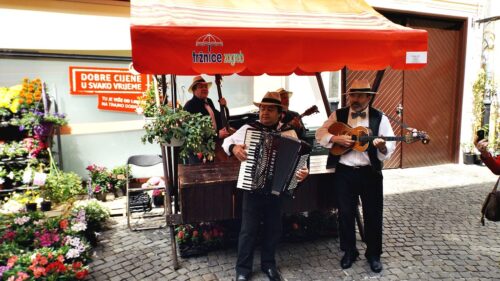 Welcome to the last part of our amazing vacation that we had around Europe this year: we visited 9 cities in 30 days and you can check out our impressions as follows: Budapest and Vienna, Munchen, Verona & Trieste, Pula & Rijeka and finally, today, our last leg of the trip: Zagreb and Belgrade.

Even though happy with all the things we got to see and the amazing memories that we were coming back home with, we were starting to get really tired.

We walked in each city for hours, sometimes up to 8 hours per day, carried backpacks, carried our two year old son… things were getting more and more difficult and we were actually really excited that we were nearing the end of our adventure. We still had enough energy to enjoy the last two cities, though!

We only spent two nights in Zagreb. We knew nothing about the city and after the not so spectacular Pula and Rijeka, we didn’t have high expectations from it. But just like it happened before, it was Zagreb that we have enjoyed the most in Croatia.

We also had one of the most modern, best looking apartments during our stay but for some strange reason I can’t seem to find any picture of it, so you will have to take my word.

Zagreb feels like a small city – way more relaxed and slow paced than I expected it to be. I really thought that we were going to get to a crowded, chaotic place, like Bucharest – but we didn’t.

It was silent, chill and really beautiful. Great pedestrian-only areas in the center, where you have all the attractions and museums. Pretty impressive!

It was mainly divided, in my opinion – and from a tourist’s point of view in the “upper town” and the “lower town” – with the latter being greener with more parks, and the former offering the city’s best attractions, acting as the “old town” area. But we personally loved both!

We decided to go out of our comfort zone and take our two-years-old to a Museum because its concept sounded way to cool to miss out on it: it was the Museum of Broken relationships and it was simply beautiful.

It was great to explore and read all the stories (some of them really funny, some of the cheesy and most of them really sad), but Eric got bored extremely fast, so we had to rush through it. I liked it, though and I think you should really visit this unique museum if you ever get to Zagreb! 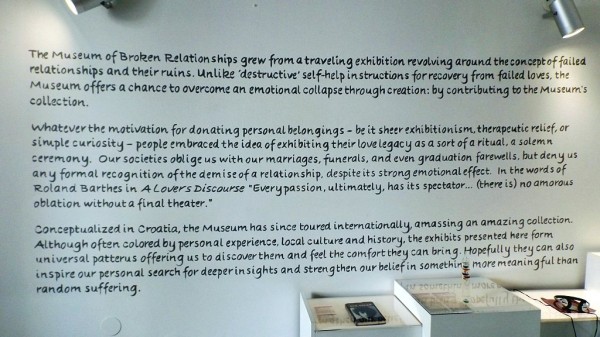 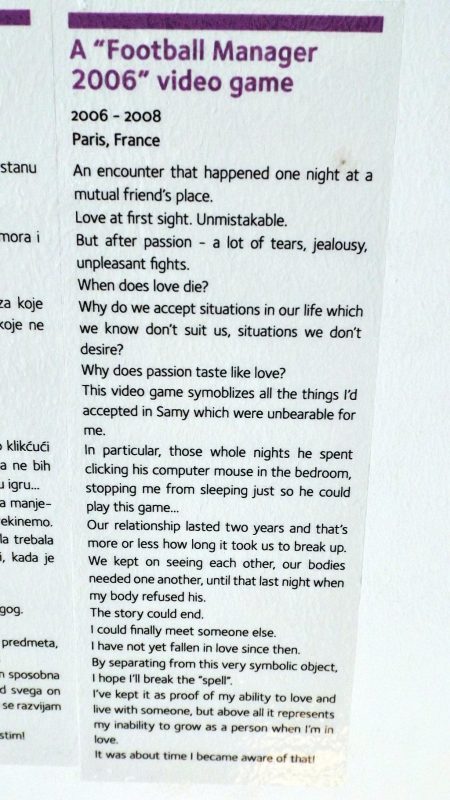 As I said earlier – Zagreb was a pleasant surprise and I actually wanted to spend more time there. And maybe we’ll make another visit when Eric grows a bit older so that we can visit all the museums it has to offer!

We arrived to Belgrade after the most horrible train ride ever. Paradoxically named “The Pearl of the Alps” or something like that, the train was disgusting: dirty, smelly and extremely crowded.

The toilet was especially dirty – and clogged, so everybody was going to a different coach, all resulting in a long line. Also, you could not reserve seats even if you wanted to, so it was pretty chaotic at first.

All in all, the worst train that we traveled with (and this includes trains in Romania, too, which are not amazing either!)

The room we stayed in was amazing, just minutes away from the city center and the main attractions in Belgrade.

Plus it was close to the main walking area with shops, pubs and excitement. We even got there during the weekend, when it was a parade and a concert, so it was really nice.

It was here where we first had frozen yogurt – we only knew of it from movies and TV shows as we don’t have that in Romania.

They also had ice-cream which was 100% fruit, organic, sugar and gluten free… but everything was in vain because you also had a huge variety of toppings to add and make it your own (like melted chocolate, M&Ms, all sorts of fruits and syrups and cookie types). All in all, it was delicious, and the first time we had it it actually became our dinner. 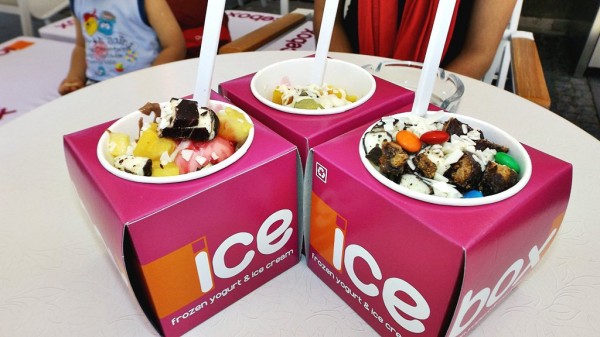 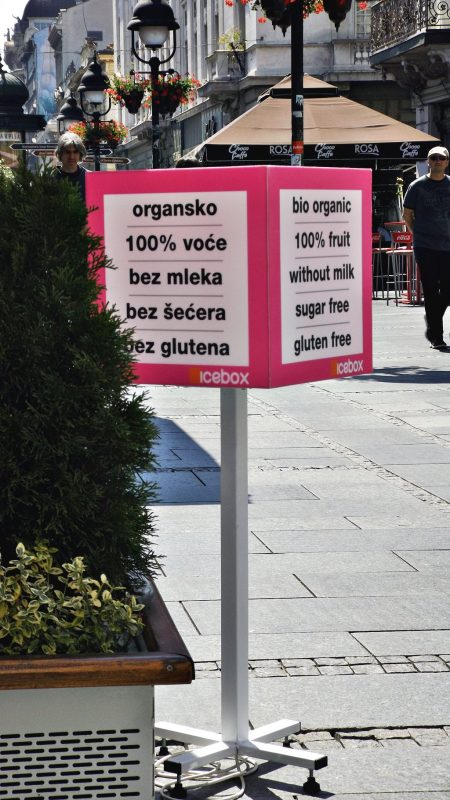 We loved visiting the Belgrade fortress, which is huge and impressive, offering some great views over the Danube and Sava river. There’s also a nice park there, where people gather and sing, dance and feel good. We also received free drinks (some sort of ice-cold cider), which were welcome as it was Belgrade where we had the hottest weather in our trip. 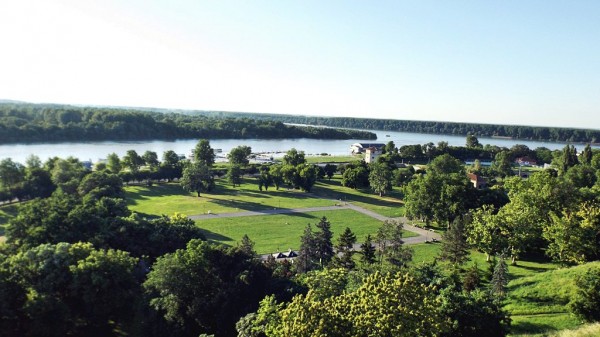 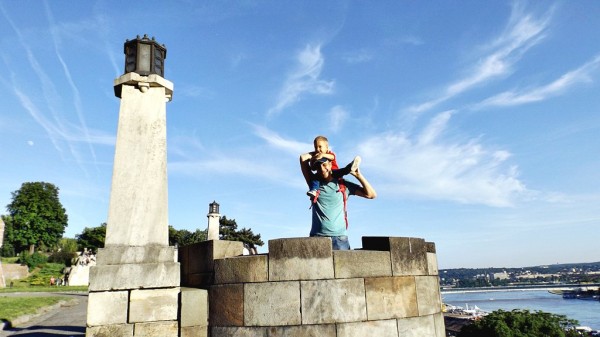 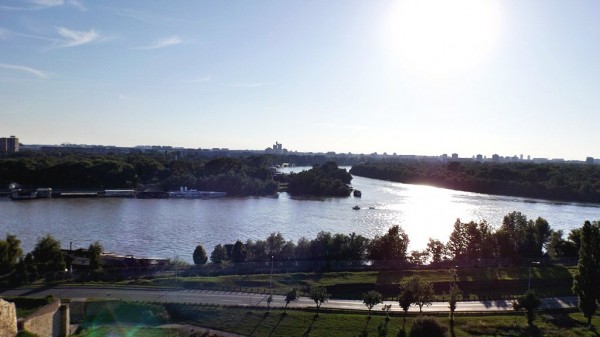 However, I have mixed feelings about Belgrade. The touristy area is indeed flawless, but it’s the rest of the city that it’s kind of sad. Walking down the streets, you see ruined buildings, unfinished buildings and overall you can feel that there was a war in the country recently and they haven’t recovered from it yet.

But in the end, Romania looks mostly the same and there was no war here, so they probably recovered pretty well 🙂 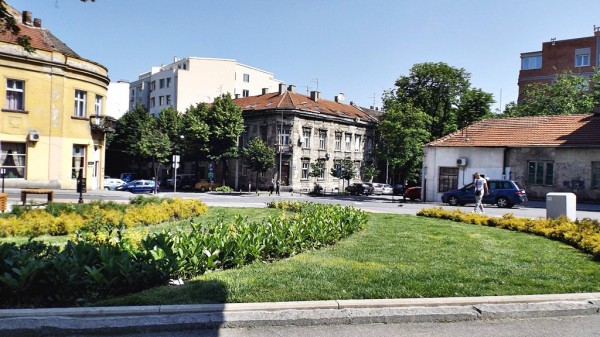 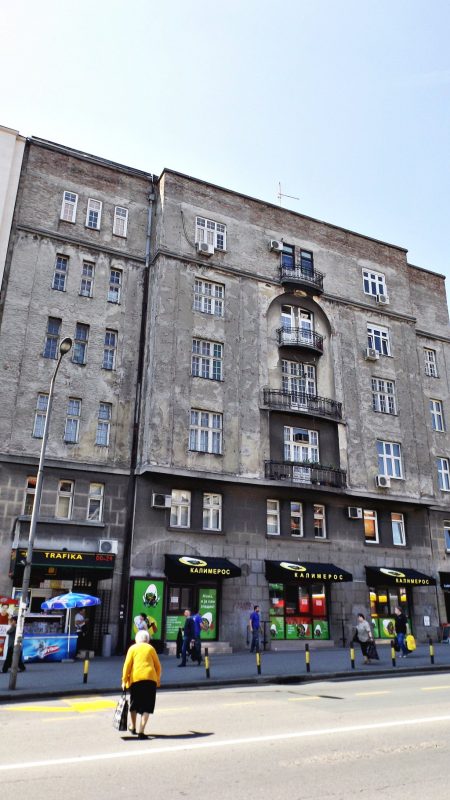 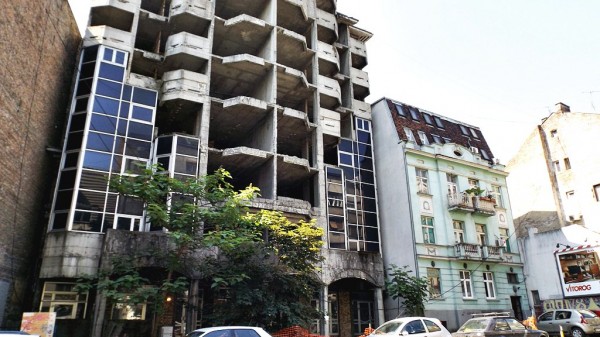 Prices in Belgrade are really low – lower than what you can find in Romania, but the only big problem is their major use of the Cyrillic alphabet: you really can’t understand anything unless you know it, and we didn’t. However, the major stores and all restaurants that we saw in the city center do use the Latin alphabet.

I was pretty scared when leaving Belgrade by train – after the extremely bad experience with the Croatian train, I was expecting this to be even worse, especially because it didn’t leave from the main station, but a small, horribly looking one that our host didn’t even know existed: and the only trains that passed through there were those heading to Romania (but they also have a ton of other stops in Serbia along the way). Fortunately, the train was surprisingly good, so no complaints here!

This is it! This was our vacation through Europe – and I tried to keep things as brief as possible since this should be a blog about Romania. But it was something that it had to be shared and clearly a trip you can take if you decide to move to the country, so I really hope it’s helpful!

13 thoughts on “Around Europe by Train: Part 4 (Zagreb & Belgrade)”