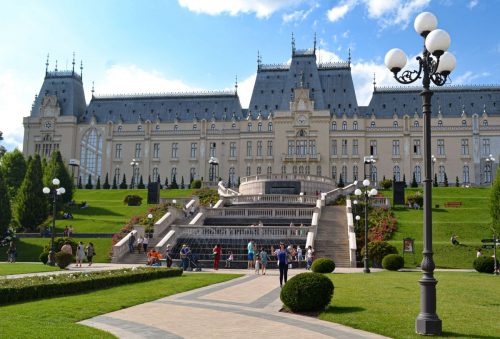 Located in the Moldavia region of the country, Iasi is a great city to choose in. You have it all around here: from a busy nightlife scene to great tech hubs and job opportunities, universities and even quieter neighborhoods. It’s impossible not to find an area in the city – one that you will thoroughly enjoy.

And this is what we’re going to talk about in today’s article: the best neighborhoods to live in Iasi. No matter if you come here for just a short period of time or if you plan to spend a few months (or more), you’ll love these recommended areas in the city.

And if you’re still wondering what to do in Iasi – well, read the article to find out!

Where to live in Iasi?

Over the past years, Iasi has become more and more crowded, thanks to the increased number of students and expats that decide to make it their home. This makes Iasi one of the most crowded cities in Romania, but prices are still low here, as is the general cost of living in the country.

There are still a few premium neighborhoods in the city that should be on your “most wanted” list. I’m going to share those with you and you will have to decide which is the best for your particular situation: some are better for those looking to be a bit away from the hustle and bustle, while the others are the exact opposite.

It’s worth mentioning that there’s a bit of a suburb movement in Iasi. In recent years, many of the 30+ people that started a family decided to move just outside the city (5-10km) in the nearest villages for the luxury of having a backyard where they can spend time and unwind and saving them time to look and fight for a parking spot, making these villages and towns grow and develop just like they would be an extension of the city.

Now some of them are considered Iasi’s neighborhoods, even though officially they are still independent villages or towns. I will consider these as well for our recommendations.

Speaking of which, let’s not delay the inevitable and instead let’s find out what are the best neighborhoods in Iasi for both long term and short term living!

Yes, this is started to look a bit cliché, but it’s the truth: the city center is a perfect location for most people in any city in Romania.

Located around the Unirii Square, this is the place where many students choose to rent a place because it is close to Universities, it has great access to public transportation, there is a multitude of cafes, restaurants and activities nearby.

It is also a place where nightlife peaks, making it a crowded area and very difficult to find a parking spot but the promenade makes it worth it. (Definitely consider renting or buying a place with included parking space if you bring a car, otherwise you’ll spend some time trying to find one in the area!)

Prices are a bit higher in this part of the town as research is pretty high. But with students also very interested in this area, you will still be able to find a gem here and there – so be patient and try not to rush in to take the first offer you’re presented with.

If you prefer to be a bit farther away from the crowded areas of the city center and enjoy fresher air, as well as nearby options to go for a jog or a walk, Copou is your best choice.

This area hosts two of the biggest parks in the city, making the air fresher and cooler, especially in the summer. The apartments are older but well insulated, so they are not noisy.

There is an abundance of green spaces and trees, so this keeps the noise level down as well. During the summer, the parks and the main street are extremely crowded as many people come here for walks, bike rides or roller skating but at night it is peaceful, quiet and what’s important, cooler than in other neighborhoods so you can keep those A/C costs low!

This neighborhood is in the growing area of Palas, where most new jobs can be found – especially in the tech and customer support industries. So if you work here, you might want to choose Podu Ros mainly for being close by. You also have chances to find newer, better apartments here, even though the prices might be a bit higher than the average.

This is currently one of the most wanted neighborhoods in Iasi, offering easy access to public transportation, recreational areas, shops and also a nice view of the Palace of Culture if you can find an apartment at a superior level.

It is also one of the most crowded areas of the city so if you like the noise and the buzz of a big city, it is a good option. Also, for those moving in with kids, it’s worth mentioning that two of Iasi’s most renowned high schools are in the area.

If you are looking for a quiet little neighborhood, one with a lot of old school charm, Tatarasi is your best choice.

Now it has more and more young people, many expat students looking for a place to rent here. It has a lot of greenery, not as many options in terms of public transportation but the three lines that go across the neighborhood are linking it very well with the rest of the city.

Also, from here it is very easy to get to the Tudor Vladimirescu student campus, the place to be for students of all ages.

One disadvantage of the neighborhood is the low number of parking spots compared to the number of cars in the area. It is also a great place for families with small children as it is home of the largest playground the city has.

Right across this park, there is an area that people turned into a park for dogs, pretty much the only one in the city. So it gets bonus points if you bring your pet along. (And if that pet’s a dog, of course!)

If you prefer a house instead of an apartment, your best choice is to look at the Bucium neighborhood. It also has a premium location, on one of the 7 hills the city is built on.

This means that, apart from an entire house to call your own, you get a nice view, fresh and cool air, numerous possibilities to spend your time outside in nature, forests all around, an elementary and middle school and recreational areas and kindergartens and also access to a medical clinic close by.

In the past couple of years, the area grew a lot in terms of shops, bars and restaurants – but it’s still a bit “empty”.

Still, you do have some options, plus the solid public transportation connections. Living in a neighborhood with mostly houses, the parking spot problem is solved but it is replaced by a new one: high traffic during peak hours, both in the morning and the evening.

If you really don’t care about having to commute to the city center on a daily basis, this neighborhood which is a bit towards the outskirts is a good choice.

Although it is a neighborhood with increasing traffic, it has good access to hypermarkets and all kinds of shops, good public transportation, it is a pretty safe area and its biggest asset is the fact that it is right at the entrance into the city.

This way, getting in and out of the city takes only 5-10 minutes, compared to 30-40 minutes when coming form another neighborhood and having to go all across the city.

Surprisingly, for being as busy as it is, it still has areas that feel secluded and are far away from the noise of the traffic.

This is another neighborhood that grew a lot in the past few years, even though if you were to come here several years ago, it would’ve been considered a poor choice.

With supermarkets built here, as well as new blocks of flats that offer more comfort than the old communist buildings, younger families have moved to the neighborhood and the population was rejuvenated.

You have easy access to schools, kindergartens and shops and also good access to public transportation as well as the option of going by foot if you want to get to sites like Palas.

Here, just like in any other neighborhood in Iasi, parking spots are an issue though every once in a while, a spot becomes available and you can bid for it at the city hall and have the option of calling it your own for at least one year.

As you can see, each of the recommended areas to live in Iasi have their own Pros and Cons. Where the parking issue is solved, it is expensive to live in, where it is affordable, you might not have easy access to kindergartens, where you have a hospital right across the street, the pollution is high.

So it comes down to what is essential and affordable for each individual, what their priorities are, what they can compromise on.

All in all, Iasi has it all: culture, night life, good options for a solid education, great human resources for any business, friendly people, great cheap food & beer, and pretty good medical assistance, making it one of the most desirable cities for the people in the Moldova area but also for expats who either come here to study or for a job and decide to stay longer than expected or even move here for good.

2 thoughts on “Best Neighborhoods to Live in Iasi”