The two neighboring countries, Romania and Bulgaria, are usually fighting for the last spot in EU’s charts: from minimum and average salary, to corruption and quality of living, it’s becoming a habit to see these two countries at the bottom of the charts.

However, this does not mean that either Bulgaria or Romania are countries that you stay away from. On the contrary: all the problems that these countries go through translate as low prices, low cost of living for foreigners relying on income generated outside the country.

And since both countries offer a lot of unspoiled nature and many beautiful things to see (as well as things to do that range from traditional delights to ultra modern stuff you can do in the largest cities of the world), they should be considered a top choice for those looking for a cheap holiday destination, or those looking to move to a country where their foreign currency weighs a lot.

Fun test: check out the photos in today’s article and try to guess how many are from Bulgaria, and how many from Romania.

But which country to choose? Romania or Bulgaria? Bulgaria or Romania?

I will share my thoughts with you in today’s article – and you will see that making a choice will most likely end up with a coin toss. Let’s see why!

I am basing today’s article on the fact that over the past 3 years, I’ve been visiting Bulgaria constantly. It was our choice – for various reasons – when it came to spending the summer holidays, and we visited Albena, Golden Sands and Sunny Beach, which are their summer resorts. We’ve also been on short bouts to nearby cities, as well as the larger Varna. Finally, we did see Vidin in the other corner of the country.

I also did some research (the main city I did not visit yet is Sofia, Bulgaria’s capital) but I still believe that overall I have a solid enough knowledge about life in Bulgaria to be allowed to be the jury in this Romania vs. Bulgaria battle for travelers and retirees.

Cost of living in Bulgaria vs Romania

My first stop for making this comparison was the Numbeo.com website. I always take the numbers there with a pinch of salt, because I checked the data for various cities I’ve been to and I usually found it to be incorrect (usually, the numbers listed there are higher than the reality).

But still, this is a source not to be ignored and according to them, cost of living in Bulgaria is 3.67% higher than in Romania, while rent is 8.49% lower:

Since the “cost of living” metric on Numbeo does not include rent, we could say that Bulgaria is considered to be around 5% cheaper than Romania.

All in all, based on my personal experience, I would say that the numbers are in reality even lower and Bulgaria wins the price race on some major topics.

For example, the prices for food and other items in their Black Sea resorts are lower than those in Romania if we’re making an apples to apples comparison. You can find really cheap things in either place, but the general feeling that I had was that everything’s cheaper in Bulgaria.

This was one of the main reasons why I chose it as our summer holiday destination for the past 3 years: it’s not only cheaper, but the quality of service and that of the products is much higher than what you get in Romanian resorts (but more on that later).

Also, after taking a look at some real estate websites, it appears that buying and renting in Bulgaria is a lot cheaper than it is in Romania at the moment. Prices in Sofia are similar to those in Bucharest (inflated, in my opinion), but in the “very cheap” range, it appears that you have more lower prices options in Bulgaria than you do in Romania, when looking at smaller towns and cities.

So when it comes to real estate, it’s not that Bulgaria is by default cheaper: just that you have a lot more to choose from compared to Romania. And it’s always good to have more options, especially since at very low prices, the quality of the homes is not high in either country.

All in all, I would say that for your daily life, Bulgaria is definitely cheaper than Romania, by maybe around 10% or so.

Things to see and do

Here, things are very simple and in my opinion, there are few countries that would deliver a different result.

Both in Romania and Bulgaria, you have tons of things to see and do: from the seaside resorts to the charming mountain towns, from unspoiled nature to extremely modern entertainment venues, you have all options available to you.

Each country has its major highlights and every city has more or fewer things to offer (depending on their size, mostly).

In terms of beauty – or as I like to call it (like many others), eye candy – I would say again that things are pretty much similar. You can’t really go on and say “this country is ugly” or “that country is ugly” but even if you could, I wouldn’t go that far with either of today’s two competitors.

In the end, beauty lies in the eyes of the beholder: if you’re looking for insanely modern architecture or, on the contrary, a lot of classical beauty… none of the countries actually offer a ton of either. In both countries, in the cities, you will see those ugly communist blocks of apartments… and they’re everywhere!

If you’re looking for natural beauty, I would say that both countries are equal once again, offering a similar climate and similar types of natural beauties: from large green plains to thick forests and beautiful mountains.

I can honestly say that if you were to be shown different photos from each country, without being told where each picture was taken, it would be impossible for you to guess if it’s Romania or Bulgaria, be it a city or natural beauty.

Service quality in Bulgaria vs Romania

Based on my personal experience, I would say that customer service is slightly better in Bulgaria, without it being over the top and unbelievably good.

Most likely, a foreigner would be treated about the same in both countries. I get the middle finger sometimes in Romania since I’m a local and people usually are a bit more polite and nice with foreigners and that’s why I probably have more to complain about.

In Bulgaria, on the other hand, I rarely had reasons to be disappointed by the customer service, even though on some occasions the staff I was interacting with had something more important to do (like browsing on their phone or talking to somebody who was not a customer).

So here, based on my own experience, the quality of customer service is slightly better in Bulgaria, but for a foreigner to both countries, I think things would be pretty much the same.

I made a category of things that are not really going well together, but somehow in my head they are all connected. Yeah, what a soup of things to consider! But still, I would say that safety and quality of life go hand in hand with local income and this is why they’re all together in one place.

When it comes to earnings, Bulgaria has the lowest salaries in the European Union, with Romania being around 100 Euros above in terms of median take-home salary. And when the numbers are already low (around 500 Euros), that 100 makes a huge difference!

Of course, this will rarely have a direct impact on a foreigner’s way of living, because most people going to these countries are not relying on local wages.

But they do have an impact over the quality of life and safety. Automatically, everywhere in this world, lower income results in a poorer standard of living and more violence, usually petty crime.

However, both Bulgaria and Romania can be considered generally safe – or extremely safe – if you stick to the larger cities and stay away from the more dangerous areas of a city (and even in that case, “dangerous” is an overstatement).

While on vacation in Bulgaria, for example, we had absolutely no concerns leaving our valuables unattended on the beach, while we went to take a bath. We did not have piles of gold on each sunbed – just phones and very little money hidden in our bags, but still there was absolutely no concern that somebody might be interested in our devices.

However, there are stories from fellow Romanians whose cars have been stolen (like the entire vehicle!) in Bulgaria, or broken into.

As well, there are similar stories about various people having similarly unpleasant experiences in Romania: a Romanian family that we met in Sunny Beach this year, for example, said that they have decided against going to the Romanian seaside again after last year the villa they stayed in for holiday was broken into and everything they had was stolen.

Also, just a few days ago, while in Bucharest, I saw police around a car: its window was broken and the radio was stolen. My car’s mirror (and I own a 2006 Dacia) was also stolen once in the city I live in.

So things like this can happen anywhere but fortunately on very rare occasions. This means that I consider both countries, as long as you use common sense and take all the regular precautions, are generally safe.

And finally, getting to the quality of life part, I would once again say that things should be pretty much similar in both countries.

Romania, having the higher earnings, probably gives locals a bit more in terms of quality of life, but generally this doesn’t apply to foreigners moving here or travelers who don’t really get to experience the local way of living.

Bulgaria does have a bit more to offer in terms of infrastructure (better roads and more miles of highways), but apart from that, I wouldn’t say that the two countries are much different.

My conclusion: Bulgaria or Romania?

I personally believe that Bulgaria and Romania would offer pretty much the same thing to tourists or people interested to move in a cheaper part of the world.

For long term living, unless you know the Cyrillic alphabet, picking up the language or reading any signs (or menus) in Bulgaria will be a bit of a challenge, but I think that would be pretty much the biggest difference between these two countries.

So, as I was saying earlier, if you don’t have some personal reasons to pick one over the other, making your choice will probably end up with a coin toss, as the “fight” between Bulgaria and Romania ends up with no clear winner.

(Photo test results: I challenged you at the beginning of the article to try to guess how many of the photos are from Bulgaria and how many from Romania. Except for the obvious screenshot from Numbeo, all the photos in this article are of taken in Bulgaria. Yup, exactly what you’d expect to see in Romania!) 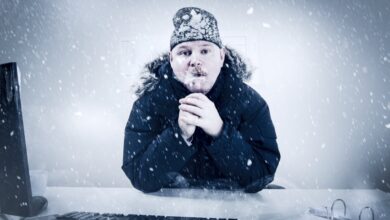 Freezing in Romania: Winter Heating Could Be a Major Problem in Some Cities 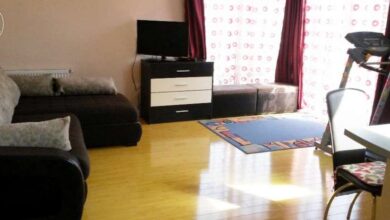 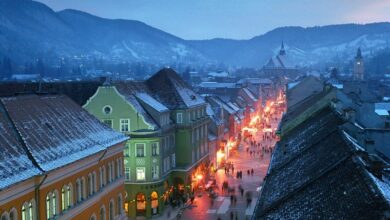 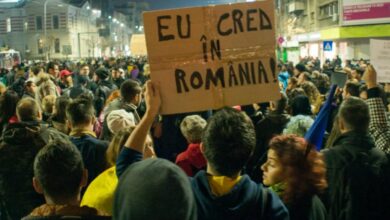