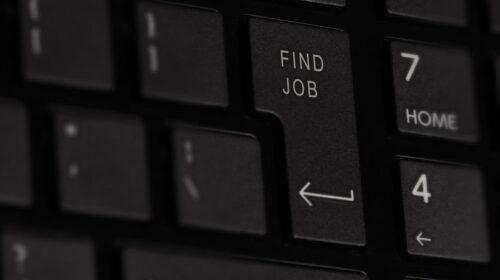 Although most people reading this blog are interested in retiring to Romania or just traveling here for a shorter or longer vacation, I still receive a fair share o emails from people who would like to find a job in Romania in order to move to this country.

And although I am far from being an expert in this field, I definitely know more than somebody who isn’t living here, so I will try to sum things up in this article and hopefully help potential job seekers in Romania. At least a little bit, making it easier to understand how the job market is currently here and what to expect.

Update notice: Initially, I published this article back in 2017, but things have changed a bit since and I have decided to update it with more recent information and personal opinions.

In order to understand how easy or difficult is it to find a job in Romania as a foreigner, a few clarifications have to be made – and a few more things should be taken into account afterwards.

I might miss a few important aspects as well since, as I said, I am not really an expert when it comes to recruiting and finding jobs in a Romanian city – especially as a foreigner, but I am doing my best to paint an image as clear as possible based on my experience, research and talks I had with people who moved to Romania looking for a job.

So, in order to decide how difficult it will be for you to find a job in Romania, we have to first ask and answer a few questions.

1. Do you speak the language?

Most likely, you don’t speak any Romanian. Unfortunately, most employees will require that from you so from the beginning, not being able to speak the language will reduce your chances of landing a job in the country or at least greatly reduce the number of options you have available.

Lately, I’ve seen a lot of foreigners working in hotels and restaurants as well and I know for sure that at least some of them speak no Romanian. This is one of the improvements that the past few years brought: the businesses seems more open to hiring non-Romanian speaking citizens.

In case you don’t speak the national language, the one you should speak is English. There are some companies that require fluency in various other languages, the most popular being German, French or even Japanese, but it’s a great advantage if you can speak Romanian.

However, most of the jobs require knowledge of the Romanian language, most of the remaining ones require English and only a small number the rest…

2. Are you ready for some bureaucracy?

Make sure that you do some solid research if you’re interested in landing a specific job in Romania. Many old, outdated and plain stupid rules are still in place here.

For example, you can’t become a registered doctor in Romania unless you are a Romanian citizen (things are constantly changing here so don’t take my word on this either: do your research before as things could and hopefully will change!)

I remember hearing a while ago on a radio show that because of similarly stupid rules, Nobel prize winners wouldn’t be allowed to become University teachers in Romania – because they didn’t have the required number of books and studies published in Romania.

I am sure that the same goes for many other professions, so if you are interested in a particular job, make sure you do your research beforehand.

It’s even better if you can do the entire job hunting and actually getting the job before coming here: the company that will hire you will know what has to be done for everything to work smoothly and they will handle all (or at least) most of these bureaucracy-related headaches. Which can become even more intense head spinners if you don’t speak the language…

Larger cities – like Bucharest, Cluj Napoca, Brasov, Timisoara, Sibiu, Constanta and so on – have more job opportunities both for Romanians and foreigners looking to get a job, as well as higher salaries on average.

Smaller cities have fewer opportunities, while it’s almost impossible to find any job in small towns or villages unless there’s a large company that has a branch open there.

So unless you have an offer on the table, choosing one of the larger cities increases your chances a lot (and could also mean a higher salary for you). Out of them all, Bucharest and Cluj probably offer the best chances right now for you to find a job as a foreigner.

4. What salary to expect?

Romania is a really cheap country if you compare it to other countries in the European Union or the world. But this also means that the salaries are low if you also compare them with those in other countries.

Actually, most people working in Romania will complain that salaries are generally too low even for the low cost of living in the country.

I wrote an article about the minimum and average wages in Romania – you might want to read it to have an opinion regarding the kind of salary you should expect if you get hired here.

The good thing is that things have improved a bit since 2017 and salaries have constantly increased, while opportunities for both skilled and unskilled workers have also increased. With so many Romanians leaving the country for better paying jobs, many positions were left open and even Romania’s lower salaries are still better than those in some even poorer countries.

There are also opportunities in some areas that pay better. I know for sure that there’s a boost right now in the demand of native English speaker for private school jobs, for example. There might be other well paid jobs that are in a major need of workers but I don’t know of them because I am not actively following the job market.

As you probably anticipated, there are so many variables to take into account when trying to answer if it’s difficult or not to find a job in Romania as a foreigner. In general terms, I would say that it’s definitely not easy but at the same time, depending on your qualifications and experience, some jobs might be very easy to score.

Of course, if you already have a job offer in place, things are going to be a lot easier. Many companies who hire foreigners also offer them accommodation of some sort and even their own car or at least access to a shared company car and other benefits.

So it all depends on the company and the kind of deal you get… but the best approach in my opinion would be that of finding a job before coming here.

If you went through this – or are on your quest to find a job in Romania – don’t hesitate to share your experience with fellow readers below!

14 thoughts on “Finding a Job in Romania as a Foreigner: How Difficult Is It?”