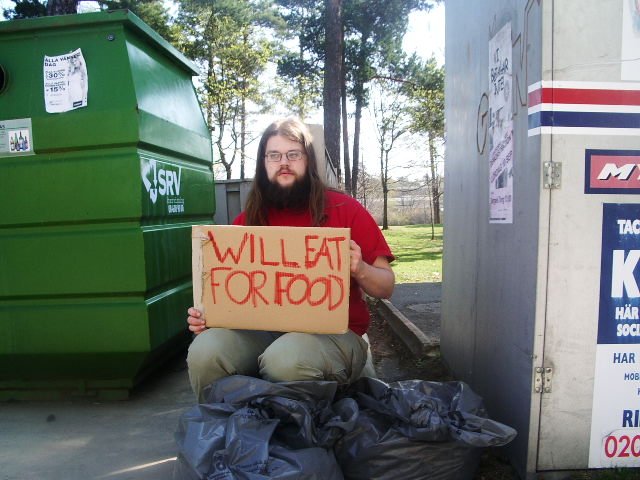 In case you didn’t know, earlier this month I lost 50% of my income. After being depressed for a few days, I realized that this won’t bring me my money back, so I’ve decided to make a plan and stick to it. And since rebuilding the business I lost is possible, it’s a slow process and it will take at best a few months before we’re on similar levels. But it might drag for much longer, too.

Fortunately, even though the loss itself came as a shock, we’ll only feel it financially at the end of March, when I’ll get the February payments. And from that moment on. So it’s good to have a month and a half to prepare. And boy, we didn’t lose time!

After checking out our spending for the previous month, we decided where to cut. And since food is usually somewhere at the top of the expenses for all families, we’ve decided to give it a go with it. Here is how I reduced my food costs by 25%:

1. Buy large quantities
I loved my yoghurt in its 100 grams plastic glass, it was just a portion and exactly as much as I needed. It was also expensive. We now buy the large bucket, half a kilo, which is 60% cheaper if we are to compare prices. And we are comparing prices now! The same goes for basically everything else: the more you buy, the cheaper the price per unit or kilo/pound. Something that we always knew, but never completely practiced.

2. Buy frozen meat instead of fresh
I loved my fresh meat that I just had to get out of the bag, throw into the pan and then eat it. Well, I realized that frozen meat, surprisingly, has the same taste. But it’s a lot cheaper – and you can portion things better since it won’t hit the expiration date after a couple of days.

3. Buy fresh fruit and vegetables instead of frozen
It was extremely easy to buy me a bag of frozen peas or ready to bake potatoes. But they cost more than double compared to the same vegetables that I can get fresh from the peasants market that’s just 2 minutes away from my home. I have to get my hands dirty and it takes longer, but it’s a lot cheaper.

4. More veggies, less meat
We won’t go vegan, but we decided to cut on the meat consumption and realized that we don’t miss it that much. I think it’s been 4 days in a row without meat so far, and yeah, we don’t feel the need for meat. Goes really well with my intentions to lose weight and helps our food budget tremendously, because vegetables and fruits are a lot cheaper than any kind of meat.

5. Check out our stocks
I am a bit of a prepper. I don’t really believe that the Apocalypse is coming, but I’d hate it if it did and I had nothing put aside. So I’ve packed a fair share of cans and bags of rice and a few more cans. I’ve decided to check them out and found quite a few where the expiration date was in early 2014.

As a result, we’ll have free food (well, kind of, but you get the point) for at least 30 days. We won’t go on a can-eating marathon, but they will definitely help. Hopefully the Apocalypse won’t come soon, because my stocks will be lower. Ha!

6. Check out the sales and discounts and offers
Basically, until now, we used to go to the shop and if there was something that we wanted to buy available for a special price, we’d get it.

If not – tough luck. We’ve decided to change that strategy a little bit and we’re now keeping an eye (thank you, internet) on the flash discounts that last just a day or until the product’s out of stock. We’ve scored some amazing deals already and that helped us a lot with our budget.

7. Completely eliminate unhealthy snacks
We were saying that we were going to do this since we’ve met, but we always had some pretzels, bags of chips, cakes and candy and other crap that we don’t really needed since it offers nothing but calories for a huge price. We haven’t purchased any in the past couple of weeks and world didn’t end without them.

I am sure that our health says “Thank you” and even though it’s probably the most difficult thing on this list, we’ll keep doing it. Side effects have already started to appear as well, as I lost a bit of weight in the process. Perfect!

So following these seven simple steps on the list, we’ve already managed to reduce our food bills for the month by 25% and we’re still eating healthy (maybe even healthier than we used to). This doesn’t cover the 50% loss in income that hit me earlier this month, but it’s certainly a huge improvement and combined with other measures, it will result in expenses reduced by more than 50%. Because we have to.