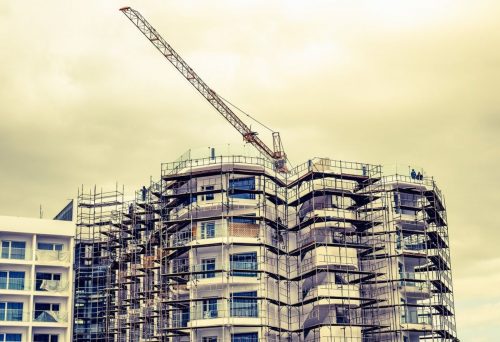 Most people know very little about Romania. For most of them, Romania and Transylvania are the same thing: a place where vampires live, Dracula still rules the lands, hordes of stray dogs roam the streets while beggars and poverty and orphans are hidden behind the concrete walls of ugly communist buildings…

Is Romania a third world country? Is it dangerous so that visiting it or moving here would be a risk? Are vampires sucking your blood if you go out after dark?

The questions above (well, maybe just the first two of them) are usually asked by people who have to go to Romania and I will answer the first one in today’s article, while the second was already answered in the article I linked to.

Originally, “third world country” had nothing (or very little) to do with what the term means today. Back in the days, when the term first appeared, it referred to countries which, during the mid-70s (the Cold War era) were not aligned to either US & Allies or Soviets & Allies.

This is basically a politically correct term that refers to a very poor country which still has a lot to improve in many areas, from infrastructure to quality of life, from corruption to medical services and everything in between.

The term also evolved and again some political correctness came into play and the term “second world” was created.

Initially, the term referred to countries that were controlled by the Soviet Union back in the days. Romania was included in the list, just like all countries in the region.

But today, the term “second world country” refers to countries that are more advanced than “third world” countries, but not quite 1st world yet.

This is pretty confusing, in the end. But what both terms say is that a third world country or a second world one is a developing country – one that still has some work to do in order to reach greatness (which, again, is a relative term).

The sad truth – for Romanians at least – is that yes, Romania is a developing country, according to the International Monetary fund (and common sense, I would say).

On a happier note, there are 154 countries considered “developing countries” out of the total of 196 in the world, according to that list.

On the same list, we have countries that I know very little about, like the Kyrgyz Republic, Lao PDR or Timor Leste.

So putting all these countries in the same bucket is definitely not the best choice, but this is how things stand at the moment.

Yes, they might all be officially developing or third world countries, but you can’t compare Romania to China in terms of development, nor Vanuatu with Russia.

Actually, you can rarely look at two countries on that list and say that you’d get a similar life if you choose either of them. Or that they should be avoided at all costs.

Thailand and Indonesia are, in the end, on the list of developing countries and there are so many world travelers and expats living there and loving every second of it – and for all the right reasons!

The same goes with most South American countries or even other European countries that are still “developing”: Croatia, Poland or Hungary, to name a few.

Not to mention the fact that both Russia and China – both officially developing countries or third world countries (or at least “second world countries”) – are two of the world’s superpowers. So there’s a lot of nuance to consider here.

Even though technically a country is considered part of the third world, things will probably be not as bad as this unwanted title makes it sound.

Sure, you can’t expect to find in Romania the infrastructure, economic power and even the same mentality as you will get in first world countries – from the US to Germany to Australia, but it’s really not that bad either!

It all depends on what your expectations are. Most likely, if you come from a first world country or a country that’s more developed than Romania, you will feel the limitations more than others would.

However, this doesn’t mean that Romania – or any other developing country on the list – is not extremely enjoyable for most of the people.

No place out there is perfect and Romania definitely has its own problems. Depending on your situation, you will get hit with more or fewer of them.

If you’re just traveling here for a few days or weeks, you will most likely enjoy the experience and feel that there’s nothing wrong with the country.

If you plan to move here and spend more time – months or years – you will start to notice more and more areas that need to be developed. I doubt that there’s any country on Earth where that won’t happen, though!

In the larger cities – and even the smaller ones – a lot has been invested, so roads are better and safer, things look better, the buildings are being repaired and new ones are being built constantly.

Since Romania joined the EU, things have improved greatly and they still are. Romania is growing and developing at tremendous speed.

This article was originally written back in 2014, then updated in 2019 before today’s update. And during this time, things have improved quite a lot!

This proves that Romania was indeed a developing nation. It still is, because things are far from perfect at the moment. But they are moving in the right direction and I am sure that a few years from now, everything will look even better.

Romania is safe, Romanians are generally friendly and you can find all the luxury and the products that you would anywhere else in the world.

So in the end it all depends on you: will you let these problems ruin your experience or consider them part of the package and leave them behind, enjoying the good stuff that Romania has to offer?

I personally believe that we should leave this “first world” and “third world” country rankings behind!

Yes, Romania is considered a developing country officially, but this is based on some truly outdated methods and ranking systems. Things have changed a lot, many countries caught up and few were left behind.

Poverty makes things worse – and Romania is by no means a country where its citizens are rich – but still, calling it “third world” sounds a bit wrong and definitely an exaggeration.

Like many countries of this “list of shame,” Romania has a lot to offer and is appreciated by most people who visit, so don’t let this “first world / third world” thing influence you in any way. There’s a lot to love about Romania and all the other developing countries in the world.

And while you’re busy discovering the sights in Romania, there are times when you simply have to access your work.

Now get an instant remote access to your online private work space from anywhere on any device (PC/Mac/android/iOS) with hosted citrix vdi. Keep track of all your financial records/data remotely by Hosting QuickBooks on the cloud with 24*7 tech-support from Apps4Rent.

17 thoughts on “Is Romania a Third World Country?”