I have already shared all the details and requirements for getting a residence permit in Romania. However, in most cases, you will have to also renew your residence permit on a yearly basis and that is a bit of an adventure itself. But today, we’re talking about that.

So remember – this is NOT about getting your permit, but renewing an existing one which is, at least in theory, a lot easier. If you don’t have one yet, check out the article I have linked to in the intro.

Now, let’s get into a few more details that were shared by Kevin and his family who moved from the US to Brasov and had to go through the entire process themselves – from getting their permit for the first time to renewing it afterwards.

For their particular situation, as US nationals, getting the permit the first time proved to be a bit more difficult and chaotic than they seem to be when you check the requirements. Getting the residence permit, for example, could only be done after they opened a company in Romania, even though both Kevin and his wife are retired and had sufficient funds for living in the country.

The company doesn’t have to be one that has any sort of activity, but you do have to pay some taxes and fees which is about $1,500 per year.

Another thing that they found out during the process is that kids are guaranteed to get the residence permit as part of a family reunification process, but they can only apply after the parent(s) get their own permit.

In other words, you have to time your things right in order to avoid overstaying – although in this case, as long as the application from the kids comes before the allowed 90 days they are allowed to stay expire, things will be fine.

Finally, the entire process of getting the residence permit to stay in Romania takes about one month. However, you are not – at least in theory – allowed to stay more than 90 days in the country, so in order to keep everything legal, you should apply for residence at the end of the first 60 days since your arrival. But again I don’t think that there’s a huge risk if you delay your application by a bit.

Things are much, much easier if you are an EU national though. In that case, everything is pretty much straightforward and handled in a day or two. But for anybody outside the EU, the process is a bit more complicated when it comes to getting the permit the first time. But fortunately, renewing it once you have received it for the first time is a lot easier.

How to renew your residence permit in Romania?

Even though the process of renewing your Romania “permis de sedere” (residence permit) is a lot more straightforward and easy, there are still some things that you should keep in mind, according to Kevin who got through this already.

For example, he found out that the one year you are allowed to stay in the country starts to be counted on the day that you apply for your residence permit, no the day you get it. Since he arrived in December, close to Christmas and the New Year’s celebrations and there were many days off, it took a little bit longer for his family’s residence permit to be ready.

They were surprised to find out that the date they applied was the one when the one year countdown started, and not when they actually received the permit itself. So have this in mind when you plan for renewal and always check the dates on it to make sure that you have enough time.

Apart from that, though, there were no hiccups and unexpected things to happen. Everything was handled by their lawyer – the same one that helped them receive their permit in the first place. So make sure you keep the lawyer as a contact, because you will need them afterwards (unless you want to do this yourself).

According to Kevin, the entire process of renewing the permit was straightforward and the lawyer took care of everything without much input on their side. They just received the extension with no problems whatsoever.

I can only hope that the future will make things even easier for people to be allowed to stay in the country – with less paperwork being required and less money having to be spent. But they are really happy with the life in Romania and Brasov in particular, so it’s all worth it if you really plan to come here and stay a bit longer! 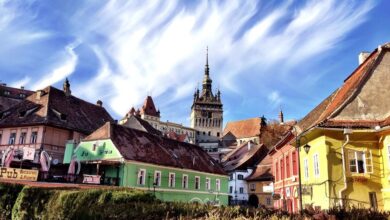 Best Cities to Live in Romania, Based on Safety, Air Quality, Healthcare Options and More 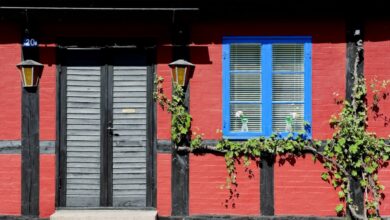 Married & Living with My Mom: We’ll Keep Doing This! 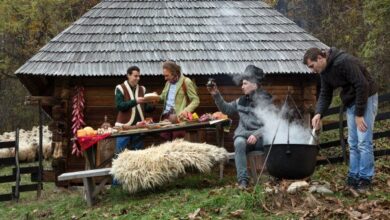 In Romania, a German in the Hand Is Worth Two in the Bush