[NOTE:] This is a very personal article and one that has nothing to do with living in Romania. I just felt the need to write it and get it out of my system.

Earlier this year, I was saying that 2014 seems to be one of the worst years in my life. After an amazing 2013 when I was doing great in all areas, 2014 debuted with a big hit and I’ve lost almost half of our income. I was tired and depressed, stress was sky rocketing and I was starting to feel worse and worse.

Then, other problems hit me and brought more stress to my life: my accountant messed up some papers and I was expected to pay a huge tax this year (eventually, things got solved), and there were other minor things that kept me reminding that it’s a bad year, after all.

I was hoping that things are getting better: we managed to purchase an apartment in Romania, we had a great vacation here in Romania… but nothing was flawlessly perfect: the apartment renovations ended up costing a lot more than anticipated, so we’re on a really, really tight budget now (more on this in a future article); during our vacation, a fire started at our hotel, just two doors away from ours (it was a minor thing, but it was still pretty scary to be woken up in the middle of the night by knocks at the door and screaming), so I couldn’t really, fully enjoy the vacation.

Still, things were getting better…

Or at least so I thought, until I decided to visit a doctor and run some regular tests because, after the partying and crazy eating during our vacation, I wasn’t feeling very well. Except for the blood tests, they recommended an ultrasound, which I accepted.

When I heard the doctor who gave me the ultrasound talking about some medical issues she was seeing, I felt that the sky had collapsed on me: liver’s a bit increased, there’s fat inside, fat inside the pancreas and many other medical terms that I couldn’t understand. I was shocked and scared.

In the end, the diagnose came: I have a fatty liver (non-alcoholic fatty liver disease, I found out after doing some research – although here in Romania they don’t seem to differentiate between the two).

They recommended a biopsy. I was insanely scared. Biopsy equals very bad things in my books. When I got home, I simply couldn’t hold it and I started crying like a little baby. I was going to die. (Of course, no doctor told me that, but our mind has this great gift of drawing conclusions).

So in my mind, it was a disaster. And all that pain came from one major problem I was seeing as a result of the fact that I was going to die soon: I wasn’t going to be able to see my little baby grow. I wouldn’t get the chance to enjoy all those first moments with him and with my beautiful wife, I would leave them without some extra income, without a father.

All these problems that my disappearance would’ve caused to the ones I love the most, these were more painful and scary than the tragic think that I felt was coming. These thoughts simply tore my heart into pieces. It was horrible and it certainly was one of the lowest moments in my life.

However, after I managed to get over this initial shock, I decided that I will not go down without fighting the best battle I can fight. Things started to add up: there was a new (but insanely expensive) blood test that could’ve been done instead of the biopsy to calculate the exact amount of damage inside my liver.

People over the internet said that they were able, after solid and prolonged extreme dieting, to get healed and reverse their stage 2 fatty liver. I had the will to keep fighting and I still have it: it’s survival instinct, it’s more than that.

It’s horrible, yes, but I have to do it and hopefully I will be able to reverse it. To heal myself. I read hundreds of articles. Diets. Opinions. One book about fatty liver. And I am still reading and learning. Thank God for the internet!

Today, I got the tests for the “biopsy,” together with the other blood tests. The conclusion was that things are a bit better than the specialist had anticipated and I am not in the second stage of the fatty liver, but in the first one and this should have no impact on my life.

Actually, most of my results were still in the “OK” zone, which gave me an extra boost of confidence. The specialist says that I can’t get cured, but with dieting I can keep it at this stage for a very long time. But I actually plan to reverse it. So I really hope that God and all the people near me will give me the strength to do it. I want to do it.

This probably marks my rebirth.

I am dieting for almost ten days now and it’s not easy. I am not allowed to eat anything fried, no fast food, nothing with too much fat. No alcohol at all, not even non-alocholic beer. No sugar either.

Even though I consider myself a moderate drinker, I did enjoy a beer every now and then, during the evenings, after a long day, when it’s still hot outside. It’s difficult to look at all the booze that I have stored in the house, the whiskey and the wine, the beers and the soda, as well as all sorts of canned goodies that I am no longer allowed to eat.

And I think it’s only going to be even more difficult as time goes by. Which makes me sad. It makes me really sad, actually, but these are nothing but tests of my will power.

And when my motivation is living with my family for as long as possible and seeing my son grow and help him become a better man… well… then nothing else matters!

I have a fatty liver. I’ll do my absolute best to cure it – and I also started a side project and personal blog to track my progress here. 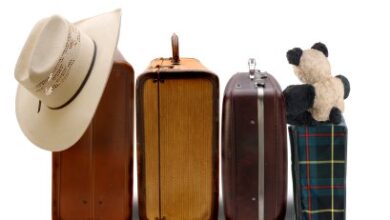 So, I’ve Just Lost Half My Income… 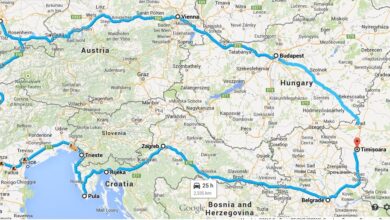 Preparing for a Budget Trip Around Europe by Train 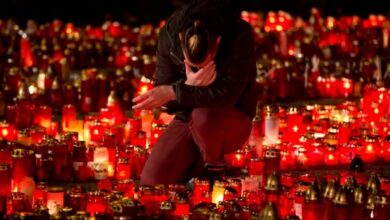 Romania, Colectiv: The Tragedy that Started a Revolution