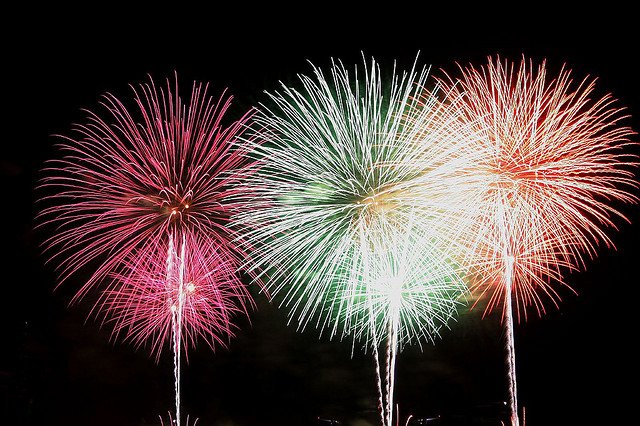 With 2013 getting closer and closer to be “that year that passed,” I have decided to write and share with those interested my to do list for 2014. I started with one in 2013 (this blog didn’t exist when I created it though) and fortunately I was able to complete most of the things on the list.

For 2014, I want to go more in depth with the things that matter and those that I really must do or achieve, so my to do list for 2014 ended up quite large. A real challenge! So here it is:

Be there for Baby Romanian and offer him everything he needs
BR will turn one in July, so his needs are pretty basic right now, but I must make sure that I always find enough (and then some more) time to spend with him. I don’t want to be the dad in Cats in the Cradle…

Spend more quality family time
This goes hand in hand with the first goal, but also involves my wife. We need to spend as much time as possible as a family, something that I kind of did not do in 2013. So less work, more time with the people who really matter!

Stay debt free
Although not ideal, we will continue living with my mother. We already have a car, so hopefully there will be no unforeseen expenses in 2014 that will force us go into debt and we’ll be able to remain debt free for one more year!

Offer Baby Romanian an unforgettable baptizing party
In Romania, this is a pretty important part of one’s life and it’s usually followed by an amazing party. I just hope that we can have that – it will be again a small one in our case, but so was our wedding and we had a ton of fun.

Spend at least 1 month in Bucharest
I dream of becoming a digital nomad, but Baby Romanian is just too young for that, so we’ll have to deal with spending at least one month away from home, most likely in Bucharest since my wife is from there and many of our friends are there.

Walk more
Before Baby Romanian was born, I used to take my wife for a walk in the park almost daily and it was great for our mind and body (or at least mine, ha!) Since the little fellow came a few months ago things got a bit more chaotic and walking with my wife or even alone rarely happened. Now we’ll have to take the little one out too, so hopefully we’ll get back to our daily walking routing

Repair the roof
Our roof is decades old and it started to leak. We’ve been saving for a couple of years now for the repairs of the roof and now we’re finally there. Hopefully by spring we’ll have a new roof!

Install central heating
Right now, we’re using wood-burning stoves to heat up the rooms and let me tell you that it’s insane work for me – I have to carry the wood from the basement all the way to the first floor and make the fire and take care of it in two different rooms. It’s exhausting and it doesn’t help my back pain problems. So another priority is to find a way to install central heating by next winter.

Spend at least one entire weekend at the countryside
Early in 2013 we bought a small farm house 30 minutes away from the city. It’s mostly a fixer upper but in order to spend a night or two there, we shouldn’t invest too much. And I hope to just do that, because the clean country side air and the general tranquility there are amazing.

Go fishing
I love to fish and in 2013 I didn’t find the time to do it – not even once. In 2014 I hope to fix that and have several fishing sessions.

Enjoy our first vacation with Baby Romanian
We won’t leave the country for the summer 2014 vacation even though there are some better options in Europe, but we’re not sure how well BR could take the flight and the vacation itself. Being in Romania allows us to drive at our own peace and if we don’t like it, we can jump in the car and head back home. Hopefully this won’t happen and we’ll have a great first vacation with Baby Romanian

Read at least 12 books
I know, it’s an insanely low amount for the whole year, but I really don’t seem to be able to find the time to do ANY reading. So we’ll start with 12 – one book per month should be a doable goal.

Eat Healthy
I’ve already started this a couple of years ago and we rarely eat anything deep fried, but I want to go more hardcore in 2014. Here’s my plan for eating healthier next year:
– eat more salads, steam or bake instead of fry and prepare most of our food at home
– completely stop eating processed cold meats (like salami, baloney and so on)
– generally stop eating those processed foods that are delicious, but filled with sugars, far and all those chemicals that we don’t want in our body. This means that I have to stop eating my favorite chips and crackers and stop my recent habit of starting the day with a can of Pepsi.
– Check out more organic food. Called “Bio food” here in Romania, it’s that extremely expensive food everywhere. We did start this year to try a few things and completely switched to organic brown sugar instead of that superprocessed one, but I want to try it even more in 2014. We won’t afford switching completely to organic food, but at least we have a farmer’s market close by and hopefully their produce is healthier than what we have in the supermarkets.
– Bake our own bread. I absolutely hate the taste of the spongy bread that you can find in Romania and the only good tasting bread that I was able to find almost made me throw up when I found inside it, just a few weeks ago, something that looked like rat poop. It might’ve been a seed of some sort, but that completely made me freak out and I’ve decided to start baking our own bread. Difficult, but doable.

Give Mediation / Yoga a try
Until recently, I considered Yoga and Meditation a joke. However, I also decided that I shouldn’t judge before I try and that’s what I am going to do. My stress levels are always high and I am always tired and grumpy, so at this point, I’ll give anything a try. If it works for me, I have to continue doing it.

Go to the Gym at least 2 times per week
Last year I started going to the gym after realizing that I will never stick to my home exercising routing. I’ve had a great time there, felt a lot better and lost some weight, but ended up slacking at the end of the year. For 2014, I want an average of 2 visits to the gym per week for the whole year. If I can beat that, it would be even better.

Do something about the back pain
The fact that I spend most of my day sitting in a chair started to show: my lower back pain is getting worse and worse. I did some massage therapy last year and it really helped and I have to start doing that again in 2014. And combine it with some home exercises too for my general well being

Get enough sleep
Ever since Baby Romanian was born, I started to collect sleepless nights and completely skip any midday naps. I feel kind of like a wreck and that has to change because being tired doesn’t help with anything else.

Get to 80KG / 175lbs and stay there
A few years ago, I was a little blobber of fat at 234lbs (106kg) and I was feeling awful. I am a six foot tall guy and at the start of December I was already down to 192 pounds (87KG), already feeling a lot better. But that’s still way too fat and I have to go down all the way to 175lbs and stay there in 2014. However, I will have to do that without going on a diet – all by going to the gym, exercising and healthy eating. The natural way you should be losing weight, in my opinion

Set and follow a works schedule
Right now, work for me is sitting on a chair at 9, getting up at 1PM to eat, then spending some extra time at my laptop writing. That’s not good and I need some sort of a schedule. Starting January, I will follow this easy schedule: work 45 minutes, take a 15 minutes break away from the computer. I will exercise, do some meditation, play with Baby Romanian or go for a short walk. That should completely tune things up a bit.

Earn $30,000 from blogging
2013 was a great year for me in terms of income from my blogs as I struck lucky with my 2 million visitors-a-month blog that ended up being purchased by a large company. I am pretty sure that 2014 won’t be as big and $30,000 from blogging is a pretty big goal for the year, but it’s best to set the bar high here. And I’ll be really happy if I get there!

Continue being smart with my writing
In other words, write content that matters, and not just content to have an article published. I had days when I wrote even though I didn’t have what to write about and guess what – those articles earned me no cash. So it was time wasted, which is nothing but a bad idea.

Network more / Meet more amazing people
After starting Romania Experience, the first blog where I really wrote without having profits in mind, I met online a bunch of amazing people and now I am a follower of their great and inspiring blogs. I want to continue that in 2014, even send out a few words of praise to these great people and get to know them more. It’s best to hang out, even virtually, with people that share your interests, right?

Publish at least one ebook
I have a few ideas for ebooks and I initially hoped to be able to publish one in 2013, but I delayed everything for 2014. I have to give this a try.

Meet local bloggers
Blogging is pretty lonely and even though I met wonderful people online, I would love to meet fellow bloggers offline to. The city I live in is not one filled with bloggers, but I have already found a few and I want to reach out and maybe arrange a few real life meetings with them. I could use a few new friends 🙂

Whoa! I have a helluva list for 2014 and I really spent a lot of time thinking about all the things I wrote here, considering them all must do’s for the year to come. Hopefully I’ll be able to check them all off the list at the end of 2014. I wish you to be able to meet all your goals in 2014. I wish you a great new year!