In case you didn’t know it, many people consider the entire medical system in Romania to be in a terrible state. The state-backed system, that is. The one that most of the people living in Romania have to rely on, unfortunately. The one that at least 5.5% of our profits go towards.

A combination of terrible management, corruption, little money for hospitals and under-payed staff leaving the country in search for better paying jobs – all of these (and probably other things as well) are turning the system into a terrible mess, making people doubt the quality of the state health system in Romania. And I am one of them.

But I am starting to regain faith after having the chance to unfortunately see it at work once again in 2017.

The medical system in Romania several years ago

I have already written a while ago about the terrible conditions in many hospitals in Romania. And I am sure that the same goes today for many of them.

It was back in 2009 that I had my first contacts with the state hospitals in our city. Back then, my dad had just been diagnosed with something that, just a few months later ended his life. I still find it difficult to remember those moments and write about them, but for the purpose of the article, I have to.

He was lucky enough to be able to only go to the hospital for treatment, then get back home. He was on chemo back then and it made him weaker and weaker, but he still wanted to return home.

It is a practice in Romania – because of the lack of beds in the hospitals and the lack of staff – to allow patients who don’t really need to spend 24/7 in the hospital to go home and spend the night there, then return for treatment during the day. And it was the much better option back then – and probably still is, since it’s still practiced even today.

When I got there on one occasion with my father as he was starting to grow weak, I witnessed something that really managed to mark me for life: in one of the hospital rooms where the sick people were put together with family members to care for them because there was simply not enough personnel to do so, one of the patients had died.

There was no immediate personnel available to remove him from the room and the entire scene was horrible: the patients suffering from the same thing that killed that man had to stay with him in the room, while his family was there crying… it was one of the most horrible experiences I could’ve lived. My dad left the room and took me with him and we waited for his appointment on the hallway. I don’t want to imagine how he felt!

Just a couple of years later, my grandmother suffered a stroke. She could barely move and she was in a really bad shape, so she had to spend several days in the hospital, day and night. Because she was in a terrible condition (and, again, there was not enough staff available), we had to be there with her day and night.

We did it in shifts: most of the day, it was me and my wife who stayed with her, while over the night and the rest of the day it was my mother caring for her. She spent most of the nights on an old chair near her bed because all the beds were taken. No rest, little food, horrible toilets.

It was a small room with 6 people in a very bad condition – moaning because of the pain and at least one family member with them. Unskilled, tired and not really knowing what to do… it all looked like a horrible imagination of a sick mind.

Plus, all the pills and medicine my grandmother had to take, EVERYTHING, had to be bought by us because the hospital didn’t have any left – not even paper tissue or syringes. Not even toilet paper.

All patients had to do this. Many patients still have to do this today. A recent investigation report (article in Romanian) showed that 80% of the state funds for home caring were stolen by the employees, resulting in a massive scandal and the head of the CNAS (the National House of Heal insurance) being sacked and, if I remember correctly, arrested as well.

These things seem to come from war stories happening centuries ago, but this was the reality of hospitals in the country. And I still believe that, up to a point, things are true. It is just recently that two neurosurgeons have resigned from a hospital in Bucharest because of the lack of resources and personnel. So the state system is still very, very ill.

And it kept going that way, it seemed: just a couple of years later, I got a mallet finger from playing basketball and the doctor who saw me said that surgery is needed to fix it and be able to move the finger again. He said that we’ll meet the following day and I should bring: money for him (the traditional Romanian “spaga”), clothes for myself and some paperwork from the hospital. He started with the money and made sure I understood. No shame there!

Fortunately, the surgery itself went well and my finger fully recovered. But during the surgery itself, I remember the doctor asking for a particular size of thread for sewing my finger and the nurse returned saying that they have none left. She went searching for more and returned with a thicker thread. “This has to do it”.

The medical system in Romania today

Unfortunately, I had to deal with the system recently: just last week, actually. My mother has some serious problems with her eyes, aggravated by her thyroid problems: her eyes are swollen, she doesn’t see well and the nerves of one of the eyes is affected.

Because of this (and because many Romanians still refuse to go to a doctor when they have problems and prefer to self-treat or hope it will pass away on its own), she didn’t realize that she actually had an infection to one eye. Things got worse and worse and we ended up at the ER.

Things went surprisingly smooth from there on. She filled in some papers and minutes later we were taken to see a doctor. It wasn’t really crowded, so the doctor quickly checked her out and decided on the treatment she had to follow. Apparently, it’s pretty serious and she was just a step away from losing her eye to the infection, but she’s already better although she has to visit the hospital twice each day for a ton of antibiotics to be pumped into her body.

But when we first got there, I tried to offer some money to the doctor, as the norm is in Romanian hospitals. She got really angry at me for trying and refused the money. I was surprised, but considered it an exception.

It was surely an exception, I said, because the nurse happily accepted some RON when I offered them to her as a “thank you gift”.

But it might be the nurse who was the exception: I tried once more, the following day with the nurse that was on duty then and she refused. I started feeling awkward so I didn’t even try to offer any money to the other nurses we’ve met since then. And despite that, they all did their job flawlessly and were extremely polite, all smiles and answering all the questions my mother had for them and came with suggestions of their own. No hints that they want us to spend some money on them!

This was something unheard of several years ago when nurses and doctors would completely ignore you if you didn’t throw money their way. It’s true, salaries were lower back then – but they’re not really high today either. Plus, you would expect such habits to disappear at a slower rate. Apparently they did not, and that is a great sign!

Everything else seemed better as well: the rooms were old and in a poor condition, that’s true, but the beds looked a bit better and the bed linen and everything else was clean and in a relatively good shape. They had the medicine my mother needed and just once (so far) she had to buy as they ran out, but promised they would receive more – and they did.

Everything looked, seemed and felt a bit more civilized, better organized and the personnel seemed to want to do their job and do it well. The only exception? Strangely, the only nurse that accepted money from us, was always grumpy, refused to help my mom and put the recommended eye drops in her eyes when she asked her to… but had no choice a bit later when the doctor arrived and told her to. She probably expected more money (probably some more each time she met my mother), but she’s not getting it. You can’t change the system if you don’t change yourself!

But overall, things seem to be looking better. Way better than they did several years ago and, even though the problems are still there and things are far from perfect, at least they are moving in the right direction.

Back in the day, I was close to getting a panic attack when I entered a state hospital because of the horrible experiences I had in the past. But this time things were better. Hopefully it’s not an exception and everything else is moving in the right direction in state hospitals in Romania.

Of course, not the entire medical system is horrible in Romania. Private hospitals, clinics and cabinets are available in most cities and usually the quality of service there is much better. It’s usually the same doctors that you can meet at the state hospitals opening private practices, but you are usually treated better.

But you have to pay. And even though the rates are really low for somebody coming from the Western countries, they are still very high for many Romanians. Seeing a specialist at a private clinic can cost as little as 50 lei (around $12) in smaller cities, but it’s usually something like $30 or $50… but this is still something many people can’t afford, especially those living in nearby villages.

But for those who can afford these rates, they are usually the better option because the quality of the services offered and the way you are treated is usually a lot better.

For example, we chose a private clinic when Baby Romanian was born back in 2013 and our costs were $3326 (I wrote about this here). Although it was a lot for our budget, my wife spent 6 nights in a private room of the highest standards, with personnel available 24/7 at the push of a button, with amazing food and great care for the little baby as well.

It was well worth it, especially since the state hospital in our city was in a horrible mess – they found some dangerous bacteria in the walls and since then shut it down and built a brand new maternity which does look better. But for the time, the private clinic was a much better option, even though the costs were high.

However, when you have an emergency – like my mother had – there’s no time to schedule a visit to the doctor and wait. You have to go to the state hospitals… but fortunately things seem to be going in the right direction there as well! 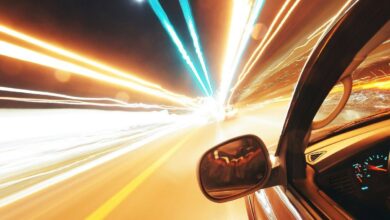 What Is the Speed of Internet in Romania (in 2021) 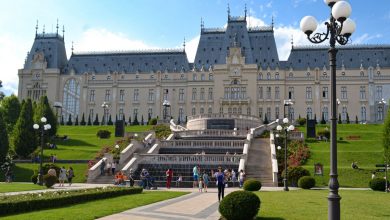 Best Neighborhoods to Live in Iasi 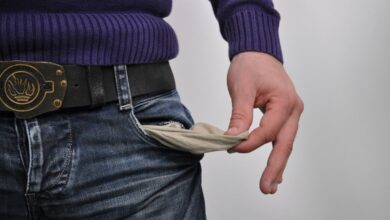 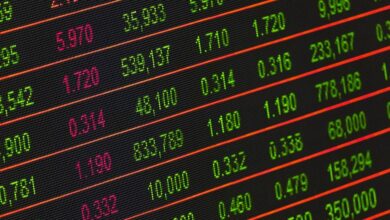