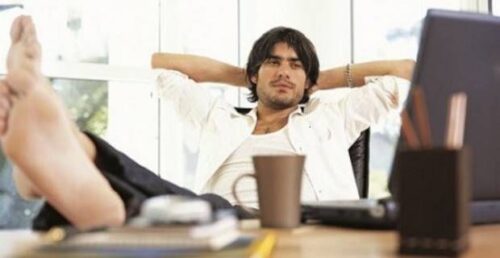 As you will see more and more as this blog gets bigger and stuffed with articles, the Romania Experience is a completely different experience compared to how things are in the rest of the world, especially Western countries and the US.

Being a poor country, Romania might look like the heaven on earth for foreigners (at least from a financial point of view) who earn their income abroad, but for the people living here things are a little bit different. Because despite the cheap prices, the income is generally low and still not enough to offer to most people a decent lifestyle.

This is when self employment comes into play and this is exactly what I have chosen to do after spending around 2 years of my life traditionally employed (and switching two companies): I decided to do it my way and be my own boss.

And although in theory this might sound like an ideal thing, being self employed is a real challenge on multiple layers: as opposed to what people usually think, the amount of time you spend working (at least in my case) is at times a lot greater than that of a traditional job. 12 to 16 hours a day working? Check! Fortunately, this doesn’t happen too often, but when I first started my quest with self employment, it was a regular.

Second, and probably one of the biggest disadvantages here is the fluctuating income. I can never predict how much money I am going to make each month and actually income fluctuates so much that I don’t even plan to.

For example, last month my income was half the income of two months ago and this month it seems that it will be even lower. There’s nothing you can take for granted and in such cases, saving money is a real challenge.

It is easy to set up a budget (I am sure it will be easy for me in the couple of months, as I know exactly how much we’re spending and what we’re spending on) but when you don’t know exactly how much money you have at your disposal, it’s a lot trickier. You have to always be set on “saving mode” because, well… next month you might not have the same amount of money to spend!

Being relatively young, though, and never until recently having thought about saving money (hence my net worth of $6,500 right now), it’s difficult. It’s a real challenge, but one that I am happy I have decided to accept now when there is still time to right the wrongs and save some extra money. And doing it all as a self employed person in Romania.

So, if you are dreaming about being self employed – quitting your job and being your own boss does sound extremely appealing! – think twice and make sure that you have the motivation and the funds available to get past the first several months.

In my case, my self employment started to pay for SOME of the bills SIX months after quitting my job. It was one year later when I was fully able to make a living out of this revenue and trust me, it was not easy at all!

And it’s still not easy – but I’m here to learn and not to give up. You shouldn’t do it either. If you have a dream, stick to it and turn it into reality. It can be done!