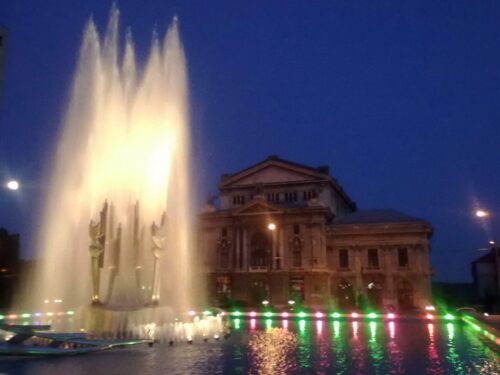 The last month has been insane. I just realized that it’s been almost one month since my last article and I felt like I published it last week. The truth is that after losing a huge chunk of my income earlier this year I went into full frenzy working mode and I couldn’t take it.

Last week was spent mostly in bed, with my tired body squashed by stress, lack of sleep and chronic fatigue. My IBS symptoms kicked in, my muscles started to twitch uncontrollably, it was getting scary. So my doctor put me on a diet, has me taking a million supplements that make my pee almost fluorescent and said that I need to rest. So I did. For a while. Now that I’m feeling better, it’s back to work!

And it will be work from here in Romania, mostly. I had big plans to move to Malta for a few months and experience a different life there, but once again the planets aligned against me. We can no longer go to Malta this year for a few very solid reasons:

1. Waaaaaaay more expensive than anticipated. We were sure we’d be able to rent for around 500 EUR ($680) but apparently that’s only for long lets. We’d be staying just 2-3 months, so our rent would instantly go up.

We’d also be arriving during the high season when prices skyrocket so all in all, after talking to different agencies, we found out that the minimum rent we should expect to pay would be 900 euros. That would be almost double our initial budget and not something I am willing to do right now (mostly because I can’t afford it).

2. My wife’s brother is having a baby. Well, not him, but his wife. The expected delivery date is around the time we’d be stepping into Malta. My wife really wants to be there when the magical event happens and I agree with her: her family was really close to us when my wife gave birth to our little baby boy and it makes sense to be there with them as well.

And if we were to delay our leave for too long, we would risk losing the nice weather we were hoping for from Malta in the first place…

3. Preparing for winter. This past winter has been terrible for me because of our outdated heating methods that saw me carry wood daily up two sets of chairs, splice wood and generally be miserable. We’ve agreed that we’re not going to spend the next winter at home and most likely we’re going to rent for the winter.

Plus, we want to can a lot of food to save some extra money and eat a bit healthier throughout the winter, which was something we wouldn’t have been able to do if we went to Malta.

In the end, despite my greatest desire to live in a different country for a little while, I had to admit that it’s not possible this year. I really hope to make it happen early next year, during the spring, when rent prices will go down. It has to be done!

Until then, I’m staying in Romania and I will keep writing – hopefully more often – about this beautiful country. And the good news is that we’re still getting a 10 nights vacation in Romania at Hotel Dana, the one that I had initially chosen as our destination, so it’s not all lost!