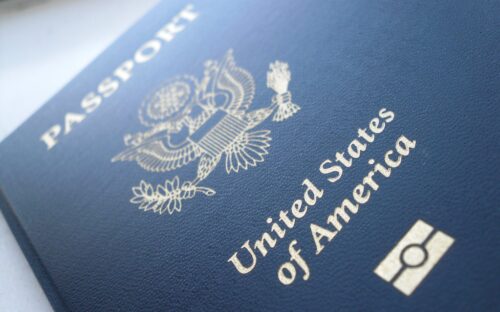 UPDATE: This article was published back in 2017 and no visas have been introduced for US citizens since then. I don’t think that there should be any worries regarding potential visa needs for US citizens interested in visiting Romania for up to 90 days.

UPDATE 2: It seems that I rushed to edit this article. Apparently, there are some changes coming soon – expected to hit in 2021. I detailed them in a new article here. If you want to read the original article published in 2017, you can do so below.

US citizens are allowed to stay in Romania and other European Union countries for 90 days within a 6-month period of time without the need of a visa. However, things might change starting this summer as the European Parliament asked the EU Commission to impose visas on US citizens visiting any country in the European Union – including Romania.

At the moment, the citizens of five countries in Europe require a Visa in order to enter the US: Romania, Bulgaria, Croatia, Cyprus and Poland. However, since the countries are part of the European Union and there is a Visa-reciprocity system in place between the EU and the US, all the citizen of the member states should be allowed to visit without a Visa.

The US has been notified about this non-reciprocity problem more than two years ago, but things have not changed. Therefore, the EU parliament voted by a show of hands to adopt the required legal measures and introduce Visas for all Americans willing to enter and visit Romania (or any other country that’s a member of the European Union) within two months.

Back in April 2014, the EU found out that five countries were not meeting their obligations regarding Visa-free entry: Australia, Canada, Japan, Brunei and the US. The first four countries made the required changes – with Canada being the last to join the party by announcing that they will lift Visa requirements for Bulgarians and Romanians starting December 2017.

Although we could definitely say that this is a fair and square approach, things are not as easy as they seem.

Not only that relations between Europe and the US are not at an all time high thanks to Trump’s methods, policies and politics, but bringing back Visa requirements for US citizens traveling to European Union countries will also have two major effects:

1. Most likely, the US will also require all EU citizens to apply for a Visa

2. The European Union might record losses in travel money or from investors who would elsewhere in the world.

These two things, of course, are not seen well by the majority of EU countries, especially since Romania, Bulgaria and Poland (three of the five countries whose citizens are required a Visa to visit the US) are not the most popular European Union countries either.

So it is not really sure if the European Union is just trying to force the hand of the US to grant Visa free entry to all EU citizens or they’re really planning to stick to the vote of the Parliament and force US citizens to get a Visa before getting to Romania.

If it’s the latter, then these things should happen as soon as May 2017 and I don’t even want to think what that would mean as a big picture.

I am a Romanian and I definitely feel that, since there’s a Visa-reciprocity treaty in place between the EU and US, then it should actually work both ways and have Romanians allowed Visa-free entry in the US, not just the other way around. I am sure that members of the other four countries that are on the US’ blacklist feel the same.

However, more harm might be done if Visas are reintroduced and on such a short notice. It’s not clear what would happen to all the US citizens that are already in the European Union or those who have planned trips to the EU this summer.

In a world where free travel and free access anywhere is the goal, starting to draw lines once again and limit access, limit the flow of people, ideas, friendship, culture… this would put a stop to progress and bring out the ugly side of humans – which is something we don’t need more of today, when they ugly side is starting to be felt more and more often.

Ideally, the US will understand the situation, stick to the deal they signed years ago with the EU and remove the Visa requirements for the citizens of the five countries mentioned above. Most likely, though, this won’t happen since they had almost three years to do it and things haven’t changed at all. And this would be a bad example for the entire world.