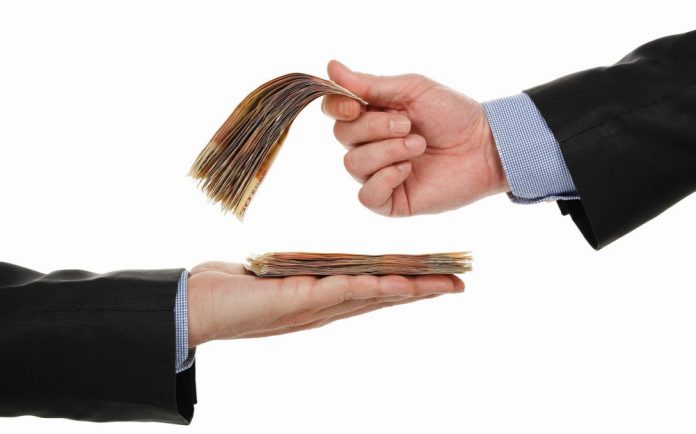 Romania is extremely attractive for people looking for a cheap country to live in. While it is in the European Union, it has one of the lowest costs of living in Europe, making it an amazing choice for people who wish to retire here, as well as digital nomads or those who get their income from outside the country.

But what about those looking to move to Romania and work here? In today’s article, we’ll cover that aspect by looking at the minimum wage in Romania, as well as the average salary in Romania. (We’re talking about monthly salary)

In my opinion, this paints a better and clearer picture of the country as a whole: by knowing the minimum and average salary in a country, you won’t just know where your level of income would place you if you were to live here, but you also what to expect from the jobs market itself.

UPDATE: This article was initially published in January 2017, but it has been rewritten and updated ever since to keep up with the increasing salaries in Romania – and I will continue to keep it up to date.

What is the minimum wage in Romania in 2020?

Until the end of 2018, things were pretty simple regarding the minimum wage in the country. Now, things are a bit more complicated because the government has introduced THREE types of minimum salaries, depending on the experience level and studies each individual has, but also the field of work.

Therefore, the minimum salary structure in Romania is this:

1. We have a general minimum salary of 1,346 RON (which is around 280 Euros). We’re talking about the net salary / take-home salary, so this is actually what an employee brings home after taxes and all contributions (like health insurance and pension contribution) is paid.

2. Next, we have an increased minimum salary for those who have completed college AND have 1 year of experience in the field: 1,413 RON (around 295 Euros) – this is unchanged compared to 2019, but around 5 Euros lower in reality during to the exchange rate fluctuations.

3. Finally, we have a much larger salary for those working in construction: 2362 RON (around 495 Euros) – also unchanged from 2019 and also about 5 Euros per month lower – if you look at how many Euros it would buy.

These three salaries do complicate things a little bit in my opinion, but the change has been made already. The main reason behind this change is to separate construction workers from the rest and offer better paying jobs to them, in order to reduce the job shortages.

Romania is bleeding workers who move to Western European countries, searching for better paying jobs. By increasing the minimum salaries this much, the government hopes to reduce these numbers – but it’s a difficult task since they are still way under what other countries in Europe are paying.

The minimum salary in Romania has increased to this value starting January 1st 2019, following constant (and substantial) increases in the past couple of years. For example, in January 2017 the gross minimum wage was just 1,250 RON, then it was increased to 1,450 RON before getting to 1,900 RON in 2018 and then getting to today’s values.

Conclusion: The take home minimum wage in Romania depends on your studies, experience and field of work. That is is 1,346 RON for no studies / experience, 1,413 RON for graduates with 1 year experience and 2,362 RON for construction workers.

While the increase is spectacular indeed (a 140% increase in the construction field, for example, compared to 2017), there are many voices who claim that these increases are not made on solid grounds and their effect will be that of destroying the economy as they are not sustainable.

Right now, these voices seem to have been right: prices are rising in Romania, inflation is also pretty high, the exchange rates for EUROS and USD are reaching new highs each day and things don’t look that good.

On the other hand, things did not get as bad as some critics thought they would and most of the people are actually enjoying an increased quality of life. This goes hand in hand with the overall economic boom of the past few years.

What is the average wage in Romania in 2020?

An interesting thing about the average salary in Romania in 2020 is this: even though the minimum wages have seen spectacular increases lately, the average wages didn’t follow the same trend. But there was still some nice growth recorded and I guess that’s all that matters in the end.

Average salaries in Romania have increased a bit compared to previous years, with some industries recording higher earnings than others. Unfortunately, the purchasing power is not growing just as nicely because of the inflation and the ever-increasing exchange rates.

This means that the actual purchase power of the people earning average wages here is not a lot higher than what it was back in 2018, when the numbers were lower. But as I said, as long as there’s growth, things are good, right?

Back to actual values, the average take-home salary in Romania in 2020 is around 3,000 RON per month (625 Euros). You can check out the National Institute of statistics for updated monthly values of the average wage in the country throughout the year.

Compared to the previous year, the average wage in the country has increased by some 50 Euros – one of the biggest increases in recent years.

An interesting thing to note about the average salary in Romania is that it kept growing – slowly but steadily – over the past few years. Compared to 2013, for example, the average wage increased by about 280 Euros. This means that this year’s increase was a bit over the average of the past years, which is not that bad.

Another thing to consider when thinking about average wages is that the numbers are usually bigger in larger cities (Bucharest, Brasov, Cluj, Constanta, Timisoara etc) and get closer to the minimum in the smaller cities.

In other words, you have the potential to earn more in the larger cities, but the cost of living there is also higher. We’re spending under 1,500 Euros per month as a family of three living in the provinces in a smaller city, but larger ones might need more money.

Some time ago, I wrote an article detailing how you can live in the country on $1,000 per month. I had to update that article after I originally published it, as things have changed quite a bit since then. The cost of living in Romania is still very low compared to other countries, but you’re starting to get less and less for that amount…

If you don’t want to, then I would have to say that for a foreigner moving here, the average wage would not be enough to live a decent life. If you have to pay for food and accommodation, most of your salary (if not all) would be spent to cover these two costs.

A better amount would be around 1,000 Euros per month, but the more, the better.

Finding a job in Romania – especially if you don’t speak the language – could prove difficult to say the least. The bureaucracy and employment systems are old and outdated and even though things are changing here, many industries are left behind.

These were the best paying jobs in the country in 2016, with the mention that 2020 data will follow a similar trend. These numbers below might not be very accurate, as it is difficult to find actual data for each category.

So consider them more like guidelines – outdated 2016 numbers combined with unofficial sources that I managed to find and estimations.

Hopefully knowing the minimum and average salary in Romania will paint a clearer picture on the actual cost of living, the job prospects you’d have and how far your money would take you in case you’re living on income from a different country.

If you have data from various industries or any comments to make that will help us all better understand the system in Romania, don’t hesitate to comment below and let us know.