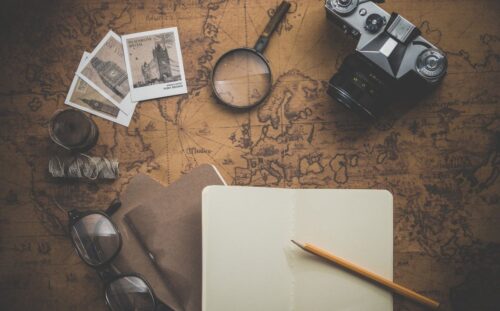 Romania is a country with four seasons and a temperate-continental climate, very similar to what you would get in most areas in Central Europe. Finding the best time of the year to visit Romania is extremely important. But it’s also a very subjective thing, depending on what is the main reason why you travel here.

If you want to enjoy the beaches, soak in the sun and hear the birds chirping, December is obviously a bad month since it’s cold and freezing. However, if you come to Romania to enjoy its skiing slopes, that would be a perfect month to visit!

With these in mind, it’s difficult to name a period of the year as the “best” to visit the country as it depends on what you’re planning to do and see. However, I do believe that some of the seasons are better suited than the others for most occasions and purposes and I will try to cover them all in today’s article.

So I’ll share with you my thoughts on the best time to visit Romania, plus a small guide on each season and what to expect if you visit during that time. This way, depending on your needs, expectations and budget, you can plan your trip properly.

Unless your main purpose for visiting the country is taking part in various winter sports, the warmer weather is when you want to be in Romania. This gives you a relatively large time frame, between mid-May to mid-September.

Summer in Romania begins officially on the 1st of June and ends with the last day of August. However, with the recent changes in weather, you will still get awesome weather throughout September (and even October), while June is becoming a bit colder and windy.

But let’s narrow down the moments you should visit – the recommended dates being most suitable for general travel and sightseeing (we’ll go in depth with beach time and the winter afterward):

– 25 May – 25 June: It’s late spring and early summer. Generally, the weather is really nice and balanced. Temperatures don’t reach insanely high levels as they do in July, meaning that you can walk more without getting sweaty and miserable.

You also have flowers, strong green colors but rain is not completely out of the question, although rain usually goes fast and without major events.

However, in recent years, thanks to the climate change taking place everywhere in the world, this period has become a bit windy, sometimes colder than usual and on some occasions extremely hot. But usually it’s like I described it in the paragraphs above.

Just like the previous time frame, the country won’t be as crowded as it is between mid-June to mid-August. Since you’re at the end of the summer season – and therefore the end of the touristy season in Romania – you will also get better prices. And with the recent changes in weather, your days will be perfect!

Best time to visit Romania in the Summer

If you want to visit Romania in the summer, mainly for the Black Sea resorts (or for any swimming/tanning related activities), late summer is when I recommend you to come.

The best time of the year for beach goers is between 15 July – 20 August. This is the high season in the country, so expect things to be crowded. But they are so for a reason: the sea temperature is perfect and you’ll get mostly sunny days with little rain.

Best time to visit Romania in the Winter

If you want to visit the country for some winter related activities, you should make sure to include the Christmas and New Year’s celebrations in your time frame. There is a lot to see and do during these celebrations, including sampling the delicious Romanian food.

The best time to visit Romania in the winter is between December 20th – January 31st. You will get plenty of snow in the mountain resorts (but maybe none in most other cities – snow has been scarce in the past few years) so there’s room for a lot of skiing and mulled wine.

I wrote more about winter in Romania – make sure to read that article to learn more about the temperatures and my thoughts about my least favorite part of the year.

As I said, the best time to visit Romania really depends on why you’re here and what you’re expecting to do or see. If you’re just planning to see as many of the attractions as possible, the first recommended dates above should be perfect – or you can adjust them accordingly.

By tradition, mid-July and the entire month of August are considered the best months for the beaches (also most crowded) while mid-December through February are considered the best for winter sports. Usually, beach time starts in June (water is still pretty cold then – just like the weather) until early September (when you risk a rainy stay).

Spring weather is pretty unpredictable in Romania. It’s usually cold and sometimes temperatures can easily go below 0 degrees Celsius. It’s not uncommon to get snow in March although it’s more common in the cities situated at higher altitudes.

In the past couple of years, in the city I live in (by the Danube), we had no snow during the winter, only for it to come in March/April. The climate indeed seems to be changing a lot.

Things start to get better once May begins as temperatures start to rise and chances of rain become lower and lower. If you want to play it safe, mid-May would be a great month to visit most of the country as the temperatures are balanced (even though at night it can get a bit cold). Towards the end of the month you can normally think about hitting the beaches too, although the sea would still be too cold for a pleasant swim.

Summer in Romania is generally hot and dry. Days are long and sunny, with June officially marking the beginning of the beach season, although the second half of July to the first half of August are considered high season and much better options.

Temperatures can get unbearably high during July and August, with the former being the hottest month of the year (also called the “Oven” month because of the high temperatures).

Because of the nice weather, most people consider summer to be the best time of the year to visit Romania. Make sure you book an air-conditioned room if you come after July 1st, you’ll need it!

Days get shorter and rainier during the fall, but September and lately even the first half of October have pleasant weather and sunny skies. For example, the day that I am updating this article (October 29th), the temperature outside is 19 degrees Celsius and the sky clear. Things are changing!

November brings the cold weather though and, just like in Game of Thrones, lets you know that winter is coming.

It’s a nice time of the year to visit Romania, though. It’s crops season and you’ll get the chance to enjoy locally grown vegetables and delicious fruits at extremely low prices.

September is off season at the beach, so you will get much cheaper prices for accommodation and food, but I wouldn’t risk scheduling a holiday at the beach after September 15th, because of the poor weather.

All in all, most of these months are good for visiting the country: not as many tourists as you get in the summer (but Romania rarely gets crowded apart from the resorts) and you still have decent weather, although higher risks of rain.

Winters in Romania are cold to extremely cold and miserable, I would say.. In the past several years most winters were warmer than they usually are, but I wouldn’t bet on good weather during this time. I wrote more about winter in Romania here.

By tradition, January and February are the coldest months of the year, with the latter holding some unpleasant surprises every now and then (I still remember the time when, several years ago, we got hit by -27 degrees Celsius temperatures that everything was frozen, including water pipes and the people’s hearts).

But if you want to come here to ski, mid-December is a great month to begin with and the mountains will usually have solid snow until mid-February or so. Make sure to double check though!

8 thoughts on “What’s the Best Time of the Year to Visit Romania?”