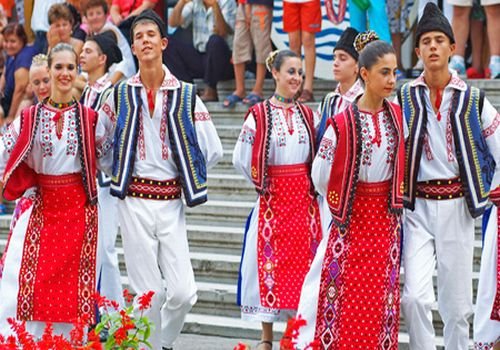 I have just returned from a one month trip in Europe together with my family and, even though tired and still dreamy, it’s time to get back to work! Although some details about the trip itself are a must, I decided that the first article about our trip in Europe should be about things I learned about Romania during the time because such a trip is indeed an eye opener.

For us, it was the first time when we went not only as travelers in holiday mode, but also as scouts for a potential alternative to living in Romania. We were interested in more adult-related stuff too, not just prices of beer and restaurants and entertainment options.

Most of the things that I will list below are usually important for those who are already living or planning to live for a longer period of time in Romania. Otherwise, I am sure that the Cons won’t really be felt and the Pros will feel even better.

So let’s not waste any time and let’s see the 6 things I learned about Romania after traveling for one month in Europe.

1. Romania is indeed very cheap
A while ago, I did a price comparison between Romania and Spain and the conclusion was pretty much surprising: the food prices in Spain were similar or even cheaper than those in Romania.

Although that is generally correct (even though we didn’t visit Spain, we went through some expensive European countries like Germany, Austria and Italy), you will probably still spend a bit more on food in the Western Europe than you would in Romania.

It all depends on what you eat, but if fresh fruits and vegetables are part of your daily menu, then you should know that they are extremely expensive in the rest of Europe compared to Romania.

For example, when I got home, I bought three green onions and a kilo of fresh tomatoes for about 1 Euro (all of them). In the countries mentioned above, I would pay a bit over 1 Euro for the onions alone.

So even though most supermarket products are cheaper or similarly priced to what you can find in Romania, things even out as part of a balanced diet. One big bonus for Europe: the organic food in supermarkets is usually A LOT cheaper than in Romania.

2. Food is not the only cheap thing in Romania
If the monthly food budget would be roughly the same in Romania, other expenses would be a lot higher.

In Vienna, I paid 16 Euros for a three day public transport pass. In Bucharest, a 7 day ticket is less than 4 Euros and a monthly pass is 18.

3. The beauty of Romania
Many Romanians know that their country is one of the most beautiful in the world. I personally believe that things have changed at least a bit and the saying should definitely go hand in hand with “beauty is in the eye of the beholder”.

Indeed, Romania is a beautiful country if you are there for the raw, unaltered and sometimes kitsch beauty. The beauty of hills and forests, the authentic peasants guiding their sheep while wearing weathered traditional clothing, the original houses built in the 1940s and never renovated since.

I personally prefer Munich with its flawlessly clean streets, buildings that seem to have just been built – colorful and full of life, not grey and dull like most buildings in Romania, built during the communism. The difference comes from the money each country has to invest in its looks and its pretty much obvious that Romania is the poor member of the family.

4. Romania is really dirty
I am lucky enough to live in what might be one of the cleanest cities in the country, but generally people in Romania still throw garbage on the streets and leave things behind instead of throwing them away in a bin.

In smaller cities, you will rarely see people picking up the poop after their dogs, and Bucharest isn’t doing great in this area either. Overall, Romania is dirtier than most of the countries we saw: Hungary, Austria, Germany and Italy.

It was only in Vienna where I saw a similar approach to life. Everywhere else, all people seemed like they were taking a long, lazy stroll during their days off. I think that this is a healthier approach since stress is never good and I really hope that it’s something I can bring in to my daily life.

6. No country is perfect
Until going on this pretty lengthy trip through Europe, I didn’t travel much and every time I left the country, I was in vacation mode. I only saw resorts, beaches and the perfect, flawless aspects of the countries that I had visited, therefore believing that Romania is the last hell hole on earth.

The truth is that, mostly, it’s the person living in the country that chooses to make it perfect or a nightmare. And I realized that no country is perfect, even though I only spent just a few days in each city that I have visited and even though they were, generally, more impressive than Romania – probably because of the novelty factor, too.

In Romania, we say that German cars are the best and they never break down. In Munich, a German car broke and was pulled over and it was me and a guy from Australia who helped the German driver push the car to the side of the street.

In Vienna, people were always in a hurry and rarely smiling, and in their subway stations and trains always smelled like horse poop. In Budapesta, the old buildings – even though beautiful had a relatively low level of living thanks to no privacy, no sunlight and crammed spaces. And so on.

In other words, if you really want to, you can see a lot of imperfections and find a ton of reasons to complain for anywhere. Living for 30 years in the same country, seeing the same imperfections over and over again might result in you ignoring all the good and nice stuff that actually makes that place great.

The beauty is in the eyes of the beholder, as I already said. And you can choose to see the beautiful things in the ugliness or make all ugly beautiful.

I have had my fair share of life lessons during the trip and I am extremely happy that I managed to turn this amazing thing into reality. In the end, I couldn’t wait to get home even though I had an amazing time in every city that we visited. Home is where the heart is and, strangely, my heart is, right now, in Romania.

I would still love to live in what I still call a “better” country in Europe, but for the time being, I am happy to be home. Romania is not the best country to live in, it’s not the most up to date country in Europe and it has its fair share of major flaws, but you can make it work. Or at least give your best shot.