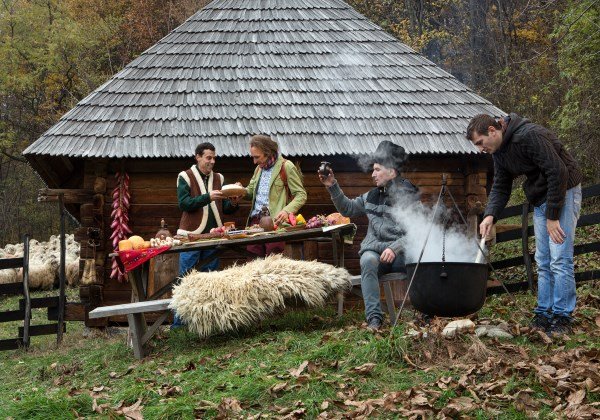 Following JC’s article on why is Romania a great retirement destination, another Romania Experience reader has something to share with us. This time it’s Stuart who has some funny, 100% Romanian stories for us. Enjoy and be prepared to live similar experiences if you come here – but don’t expect them to be the norm.

To set the stage for my story, let me say I love Romania and Romanians but, as we all know, they (and everyone else in the world, for that matter) can be very difficult to deal with at times.

I was a frequent visitor to Romania between the years 1997 to 2003. I must have gone at least 15 times. I so enjoyed myself that I decided to learn the language, and after a year or two even achieved a modest fluency. At least, that’s what the Romanians kindly told me.

At any rate, I was considerably better at speaking Romanian than most foreign tourists. This ability of mine was soon in demand as I was invited to go as a translator with groups of Germans who were engaged in various charitable projects in Romania.

One of these projects was the renovation of a church and rectory building in a small town which I will only identify as in central Romania (to protect the innocent– no, actually to protect the guilty).

I not only translated but also helped with the renovation. There was always ample free time for us to go together or in smaller groups to see the tourist sites in the vicinity.

On one of these trips, a German asked me to be his translator and to accompany him to a woodcarver in a nearby city who supposedly was well-known for his woodcarving skill. The German was a horse fanatic and had brought along a photograph of his favorite horse, galloping with flowing mane in full glory.

He wanted this photograph recreated in wood so that it could be hung prominently somewhere in his home. Well, we proceeded to the store which was filled with nice wooden sculptures and also some wooden plaques quite like the one my German friend envisioned.

The artist took a look at the photo and said he couldn’t see any problems and would be happy to make a plaque based on the photo. We soon negotiated an acceptable price. However, it turned out the artist was quite busy at the time and didn’t think he would get around to it before the time we had to depart from Romania.

This was no problem for the German who instructed me to tell the artist that we would be returning in two months and he could pick up the plaque at that time. This caused smiles all around, hands were shaken, and everyone parted on very happy terms.

Now let’s fast forward to two months later when we returned to the area. We walked into the store, mildly hoping the wood carving would be displayed somewhere, but we didn’t see it. When we finally got the artist’s attention, it seemed he didn’t remember who we were.

I explained to him the nature of our visit two months before and his eyebrows lifted and he broadly smiled as the memory dawned on him. Yes, he had carved the plaque with the horse and it had turned out quite well, if he didn’t mind saying so himself. He was so proud of it that he had placed it on display in the store window.

Soon after, a German tourist came into the store, saying he greatly admired the carving of the galloping horse and asked how much it cost. The artist had sold it to this German tourist.

My German friend and I were flabbergasted. “It was my horse!” insisted the German and I was quite angry too. Rather than apologizing and offering to redo the carving, the artist got quite defensive and insisted he had acted correctly since, “I couldn’t know whether you really would return in two months or ever return!”

Okay, the woodcarver was just a bit eccentric like all artists, you might say, and not very good at customer relations, so it’s really not fair to bring Romania into this. Now let me relate a second story to you.

In the town where we were engaged on our renovation project, there was a very enterprising young Romanian who often sold us firewood, wine, cheese or eggs from his or other farmers’ production. On a visit to his house, I admired his homemade wine greatly and enquired whether more could be had for me to purchase.

He said sorry but his wine stocks were a little low right at that time, but in the autumn there would be a good chance we could do some business together.

On one of our next visits which coincided with autumn, he approached me on the subject again. He had heard that a farmer in a nearby town was selling one of those gigantic wine fermenting bottles, those big glass ones that sit in a basket. I don’t remember how many liters one holds but it is definitely well over 20 liters.

If I was interested, the young man would negotiate a fair price for me, and if I also bought some sugar and yeast, he would be happy to give me free grape juice from his vines and do all the work of fermenting the wine for me. That way I would have my very own wine to drink the next time I came back.

Oh, this appealed to me greatly and fantasies of limitless delicious homemade wine to drink and share with my German friends filled my head! We drove off to get the bottle and the ingredients. I now forget how much I paid, but it was all in a good cause. For me it was certainly worth the excitement and visions of wine imbibing bliss.

Before I left, I visited the young man who took me into his basement where I could see the wine softly bubbling away in my big bottle in a basket, right next to all the other wine fermenting bottles.

Unfortunately, I was not able to go on the group’s traditional Christmas visit because I usually spent those holidays with my family. However, visions of my wine bounty kept me warm throughout the cold months of the year. When spring arrived and my group again set out to Romania, I could hardly wait to run to the young man’s house to get my first taste of my wine.

Again, similar to the woodcarving artist, he had to search his memory to figure out what it was that I was going on about. “My wine, my wine, the wine you were making for me last autumn!” I cried.

Ah yes, now he remembered. “I’m sorry, that wine was all drunken up by the Germans who came here over the Christmas holidays,” he cheerily said. “But I paid for the bottle, the sugar, the yeast!” I was almost at the point of tears. “Sorry, it’s gone, you should have told me not to give it to them,” he turned away with a shrug, muttering something about ungrateful Germans.

Of course, not all the Germans on the current trip were the same ones who had gone during the Christmas holidays, and the few who had, could not remember where they had secured their wine. It wouldn’t have surprised me if the enterprising young man had sold them my wine.

So end my two tales of Romanian woe. It always amazes me when I tell someone I am from Germany and he (usually a he) will immediately ask whether I am acquainted with some person he knows in that country, as if everyone there knew one another. This happens to me all over the world, not just in Romania.

However, Romania is the only place where one German seems to be completely interchangeable with any other German. Apparently, a promise made to one German can be fulfilled to any German who comes along.

“You Germans are all fellow countrymen after all, aren’t you? If you’re not satisfied, take it up with your countrymen! We kept our part of the bargain.”

9 thoughts on “In Romania, a German in the Hand Is Worth Two in the Bush”