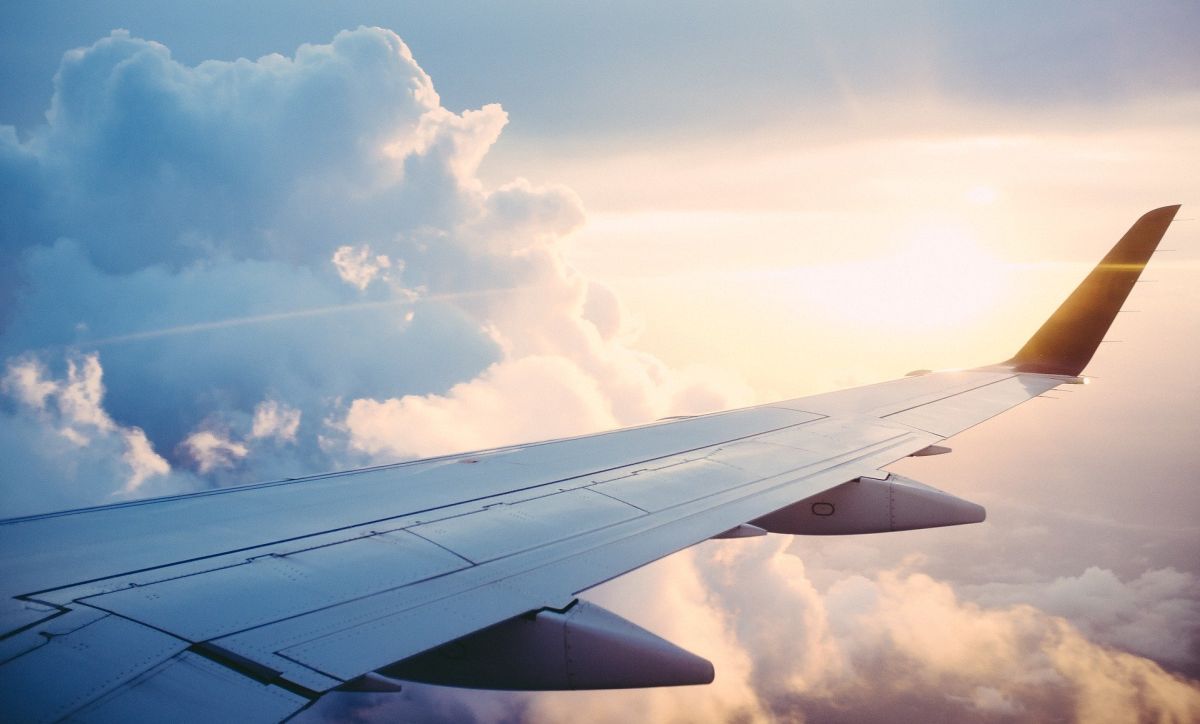 If you are planning a trip to Romania, it’s good to know that there are multiple international airports scattered throughout the country. I am going to list them all in this article, with some extra details to make things easier for you.

Even though very few people know exactly where Romania is on a map, it is a pretty large country and getting from one city to another might prove to be very difficult (or at least take a long time) if you choose to travel by train or car.

Therefore, choosing the correct international airport as an entry point will potentially save you hours of traveling to get to your desired location.

While only a few of these are major airports, offering lots of options in terms of flights and destinations, knowing them all is definitely useful for planning your arrival here or your itinerary in Romania.

For example, most people know about the Bucharest “Henri Coanda” International Airport (sometimes referred to as “Bucharest Otopeni” since this was its former name).

As you can see, for a country that’s as large as Romania, knowing where the airports are can save you a lot of time and money.

Hopefully this list of international airports in Romania – and the map with them all – will make it as easy as possible for you to get to your desired destination as fast as possible.

Speaking of getting to your destination, you will surely need to rent a car to get from the airport to your hotel and to explore the city. You should check out Discover Cars, a website that lists the best car rental options for the largest cities in the country.

There are no hidden fees, and you can choose vehicles from over 30 companies, costing as low as 4 Euros/day. Another advantage with Discover Cars is that you can pick up and drop off cars in different places, so you do have more freedom.

Please note: While flights inside Romania from a city to another are relatively new, we’re starting to get more and more options each year in terms of flights taking you from one Romanian city to another as long as there’s an airport there.

Since low cost companies operate in Romania, you might end up with better deals than riding a train. Or at least flying there will be much faster. So definitely check out these options too using the data below!

These being said, below is the map of the international airports in Romania, followed by some details afterwards:

Now let’s get a bit more in depth with some important details about each of these places, ranked from the most popular to the least:

This is the largest and busiest airport in Romania. It has the largest number of connecting flights and destinations and is usually the best option for those looking to get into the country from anywhere in the world.

However, if your final destination is Western Romania or the North-West, you should look below for alternatives.

It is listed as OTP airport (or the Otopeni Airport) as it is actually located in Otopeni city (some 20 minutes from Bucharest’s city center). If you’re looking for great places to stay, I have an article listing the best hotels near the airport.

The second largest International Airport in the country, it should be the perfect choice for those looking to get into the North and North-Western parts of the country.

It has a solid number of destinations, but mostly from other European countries. Its IATA code is CLJ.

The third largest and airport in Romania in terms of passengers, this one is perfect for those looking to get in the South-Western part of the country (also ideal if you’re planning to visit nearby Serbia or Hungary).

We already know that Timisoara is beautiful, as we already discussed. You will find the airport listed as TSR.

If you’re looking to get into Moldova or the North-Eastern parts of the country, this airport is your best choice. It’s also the one that closes the list of Major International airports in the country. Its IATA code is IAS.

The airports below are smaller and usually offer very few options when it comes to destinations from around the world.

It’s still worth checking them out as they might have a flight that would be helpful for your travel plans. Especially since some are growing really fast, so new flights are added regularly.

I’m listing them based on the number of passengers they have each year:

Baia Mare: Maramures International Airport (BAY) – Official website here (It has only recently started offering flights, generally to/from Bucharest only, as well as some seasonal charter flights. But hopefully new destinations will be added in the following years).

Bucharest: Aurel Vlaicu International Airport (BBU): This one is currently operating private flights only. I’ve seen rumors that it will start offering regular flights to starting March 2023, but we’ll see if that is true.

Arad International Airport – Official website here – I wasn’t able to find any flights for this one either, but the good news is that Timisoara is very close with a ton of connections. Apparently this airport is now used for irregular cargo flights.

Romania has even more airports, but since traffic to the country – and especially to the smaller cities – is minimal, they have been shut down.

For example, the Tulcea Airport is no longer working for a while now, but discussions began regarding its modernization and reopening.

Also, an airport in one of the most popular cities in the country – Brasov – is in the works since 2014 and each year it seems that it’s almost ready before something unexpected pops up to prevent its grand opening.

This time, things seem to be working fine and we’ve had various confirmations that it will start operating in June 2023. It’s not clear right now what routes will be available, so until things are clear, I am not listing it as a major airport (although I believe it could become one).

Other smaller cities have airports (this is the case of the city I am currently living in – Drobeta Turnu Severin) but there are no plans for them to start operating any time soon.

Still, there is a fair number of working airports right now, offering you options to reach the various regions in Romania with relative ease.

Even if you don’t manage to find a direct flight to an airport, getting to Bucharest and flying there is most likely an option.

If you’re planning to visit Romania, you should check the map that I shared at the beginning of the article and see what airport is closer to your destination and then decide what your best options are.