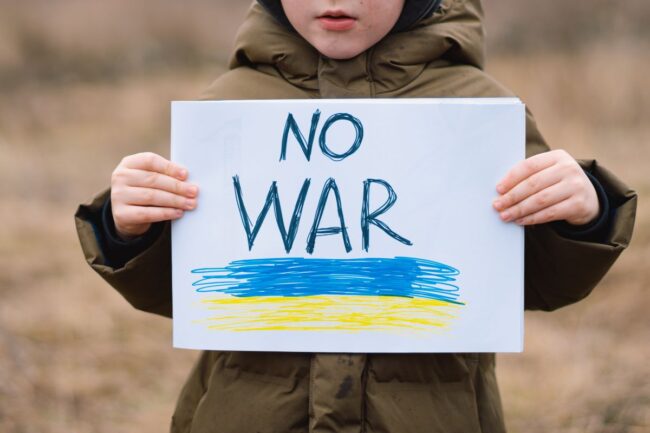 Today, we’re discussing the very unlikely possibility of a potential nuclear danger in Romania in the event of a nuclear bomb being dropped in Ukraine or the almost impossible scenario of Russia starting a nuclear war.

This is not the type of article that I was expecting to write at any time, but I have received two emails in the past two weeks from readers who were expressing their concern over the safety of traveling to Romania in the next couple of months.

So, I have decided to make my answers and opinions public. I have to mention first that I don’t like getting into politics, but since this issue is something that might influence your travel plans, it has to be discussed.

Is there a nuclear threat over Romania?

No, Romania is under no danger of being targeted by nuclear weapons. The country is part of NATO and any type of attack would force all the other NATO countries to retaliate.

This means that many of the world’s biggest powers, like the US, the UK, Germany, France or Turkey (plus many others) would retaliate. And fortunately nobody wants a conflict of this scale.

I wrote about this already in my article debating whether Romania is a safe country or not, but I wanted to repeat it.

How would Romania be affected by a nearby nuclear explosion?

Now, this is the more interesting part and the part where people might have different opinions.

Ukraine is one of this country’s neighbors and, as we all know, it’s been at war with Russia since February.

While there were always talks and indirect threats regarding the use of nuclear weapons by the attackers, Russian officials have always denied any intention to use them.

However, more recently, after Russia annexed some of Ukraine’s regions and amid reports that the Russian military is not doing as well as the country’s leaders had expected, some Russian officials and other sources started to talk once more about the potential use of nuclear weapons.

The world seems to be more worried now than it ever was that Russia might use tactical nuclear weapons in Ukraine, in an attempt to turn the tides of the war.

These tactical nuclear weapons are basically smaller nukes which are a bit less destructive than the large strategic nuclear bombs. You can read more about them on Wikipedia, if needed.

I am not here to share my opinion regarding the potential use of such weapons – there are more educated people who do that. But I want to discuss how would such a weapon affect Romania.

The truth is that Romania – like most of Europe and even the world – would be affected by the use of nuclear weapons in Ukraine.

A nuclear explosion would eventually end up spreading radioactive waste over parts of the country – or the entire country, depending on the size of the bomb used.

So, in the end, Romania would indeed be affected – eventually – if such an explosion happened in Ukraine. But the risks of immediate life threatening circumstances are very low.

And the smaller such a weapon would be, the smaller the potential fallout over Romania (or other countries).

Let’s not forget that the nuclear plant explosion in Chernobyl happened back in 1986 and it was a pretty big one, resulting in nuclear waste being spread all over Europe eventually.

But that wasn’t an end of the world scenario and it didn’t have an apparent effect over the people living in Romania. That, despite the fact that back then, Romania was under a communist regime and news about the explosion came with huge delay.

In other words, in the very unlikely event that Russia used nuclear weapons in Ukraine, Romania would be affected – but not immediately and most likely the danger will be limited.

We would probably find out about such an attack minutes after it had happened (if not sooner), so we could better prepare and protect ourselves.

The Romanian government has already taken a proactive approach and started distributing iodine pills to the general population in case the nuclear threat becomes reality, but those who are mobile would probably have days to leave the country before the fallout reaches us.

For example, when the Chernobyl accident happened, it took six days for the radioactive cloud to reach Romania (you can see a simulation here on Youtube).

While wind direction and the place of the explosion would definitely change the scenario, I think it is safe to assume that we’d have at least 24 hours (but most likely a lot more) before the cloud would reach the country.

That’s plenty of time to get shelter or leave.

How close is Romania to Russia and Ukraine?

Despite the proximity to Ukraine, the actual “hot area” where most of the fighting is done is towards the East of Ukraine, so farther away from Romania.

However, the aforementioned Chernobyl was much farther away than the hot area is.

Should you avoid traveling to Romania due to a potential nuclear threat?

This is a decision only you can make and hopefully the article above will help you make a more educated decision.

I personally believe that the risk of Russia using nuclear weapons – or any sort of nuclear “accident” happening in Ukraine is minimal.

Even if that is to happen, there would still be plenty of time to find appropriate shelter or, even better, leave the country and even the continent.

But if you’re still too worried, maybe it would be best to delay or postpone your arrival here for until things have calmed down a little bit. There’s no point in traveling to a country just to be stressed about potential dangers.

Despite the current world situation, Romania remains a really safe country to travel to or be in right now.

At the same time, it is true that the risks are higher now than they ever were – but even so, they are still extremely low. But based on the information shared in this article, you can decide whether or not to stay here or visit the country in the next few months.

NOTE: Due to the sensitive nature of the topic here, I have decided to turn off comments.