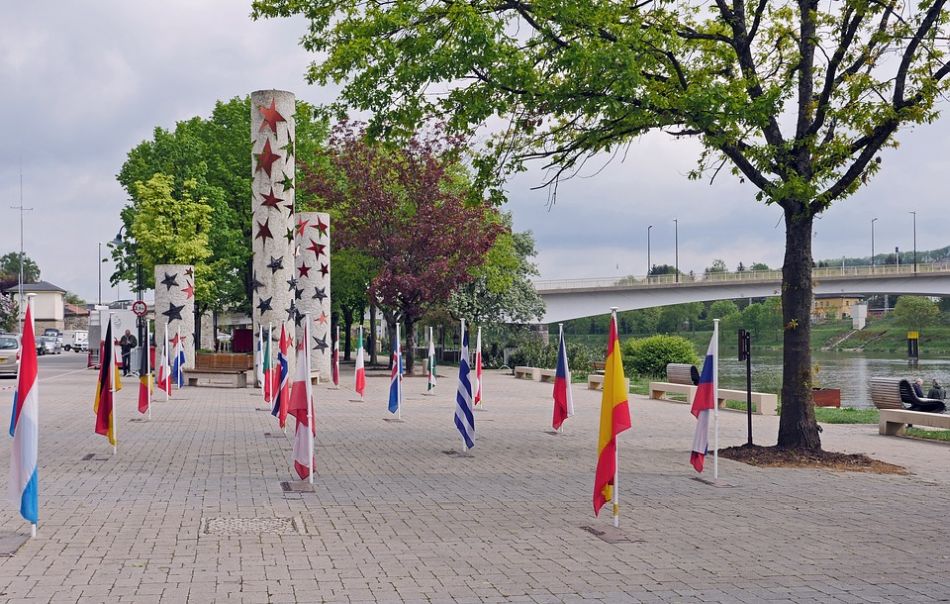 UPDATE: It appears that the news story that I based this article on – a news bit from HotNews, one of the largest and most trusted press agencies in Romania, which quoted a TV station which quoted the Bulgarian media – was actually wrong. It seems that EU big shot Manfred Weber said something like “Bulgaria is ready to join the Schengen area” and not that they will actually do it.

Even more, it seems that this was said months prior to the Romanian media picking it up and presenting as a fact. I apologize for being too hot headed and believing what I read from one source, before doing any additional research.

I am trying to stay away from politics for as much and as long as possible, mainly because I don’t want to feel like I did yesterday when the news that Bulgaria will be accepted into the Schengen area starting January 1st, while Romania won’t. I was absolutely outraged and I needed to take a short break and walk a bit to calm down.

You see, people in Romania usually have their brothers in Bulgaria to look at when looking for some positive news and reassurances. It has been innoculated in our minds that, no matter how bad things are in Romania, they’re worse in Bulgaria. It was our neighbors and fellow EU members who usually helped us not being last in any chart that you could think of.

Lowest salary? Not in Romania, in Bulgaria is worse! Most corrupt country? Not Romania, Bulgaria is worse. And so on. Even though at least in terms of statistics and studies Romania was never doing well, we always knew that we’re not last. (My personal opinion about our neighbors was a bit different as I already made it clear in my Bulgaria vs Romania comparison).

However, this is no longer the case and it seems that the Bulgarians have started to really do the right things and change into a much better country than we historically knew it was. And now I heard the news that really filled the glass for me: Bulgaria will join Schengen on January 1st 2019, while Romania still has work to do, especially in regards to the fight against corruption.

Currently, there are 5 countries in Europe that are in the EU, but not in Schengen: Romania, Bulgaria, Croatia, Cyprus and Ireland. On this list, Ireland is the big name here, but they were kind of forced by the UK not to enter the Schengen area – so they would still be accepted as soon as they wanted to. Cyprus has a special situation with all their North and South Cyprus, so it’s also understandable. Croatia has some border disputes with Slovenia, making things difficult.

That leaves 2 countries that were not accepted mainly because the fight against corruption had to be improved. And out of these two, Bulgaria received the thumbs up to join in January 1st, leaving Romania as the only odd one out.

Now, truth be told, being in or our of the Schengen area doesn’t really change much for people living in Romania and not even for those who plan to visit the country. Yes, we do have to spend more time to get our passports checked when traveling out of the country, but we’re already used to going through this ordeal, so not much changes.

However, it is still enraging because I usually see the whole Schengen approval thing as a confirmation of progress. Of the fact that Romania is moving in the right direction. And while I wasn’t one of the few (or many, if we are to judge the previous vote results) who believed that the country is moving in the right direction, having this cold truth thrown into my face didn’t feel good.

Yes, the leading party appears to be one of the most corrupt parties in Romania’s recent history, with their leader almost a convicted person who changes the laws of the country to benefit his status and help the few who are in command. Many of the measures that they took (sometimes trying to hide them from the public eyes – see the protests in early 2017) were blamed by people in the country and all over Europe for weakening the fight against corruption and opening the doors for criminal activities. On many occasions, analysts went as far as warning that Romania is heading towards dictatorship once more.

Although much of this fight is purely political and Romania becoming a dictatorship is a complete aberration, we can’t ignore the facts and the truth: things are not going well in the country and instead of having a nation that progresses as fast as others in this world, we’re stuck in the past, in a corrupt system that becomes stronger and stronger and, what is most worrying to me – it (still) has the support of the majority of voters.

These voters won’t be affected by the fact that Romania is not part of Schengen and won’t be accepted when Bulgaria and Croatia join, since they rarely leave their villages anyway. Those who are affected, will be manipulated to believe that it’s not the ruling party’s fault.

We live in a world where truth doesn’t matter for the masses, because the masses are easily manipulated. Especially uneducated masses who are raised to accept without judgement (“believe without doing research” is one of the main lessons that the church promotes and the church still weights a lot in the life of Romanians).

In the end, my life itself wouldn’t be affected that much if Romania were to finally be accepted into the Schengen area. But I am still outraged and angry!

It is true – maybe I’ve been manipulated a bit by the opposition here: it’s not official yet that Bulgaria will actually join Schengen. It was just a statement made by the EPP group leader Manfred Weber that they are ready to join starting January 1st – and the Romanian media presented it as a fact. But even though not official, it’s still a lot more than what Romania is getting.

As I said earlier – this would have a minimal effect on people already living in a country, as well as those who were planning to move here or visit. It doesn’t really matter, for our daily lives, if Romania joins the Schengen area sooner or later, before or after Bulgaria does.

But it does hurt, to a deeply personal level, to see the big guys confirm the fact that your own country is not really moving in the right direction. It’s something that most of us knew, but having it brutally thrown into your face is still a bit shocking.

16 thoughts on “Rant: Bulgaria to Enter Schengen Area, Romania still away from Being Accepted”