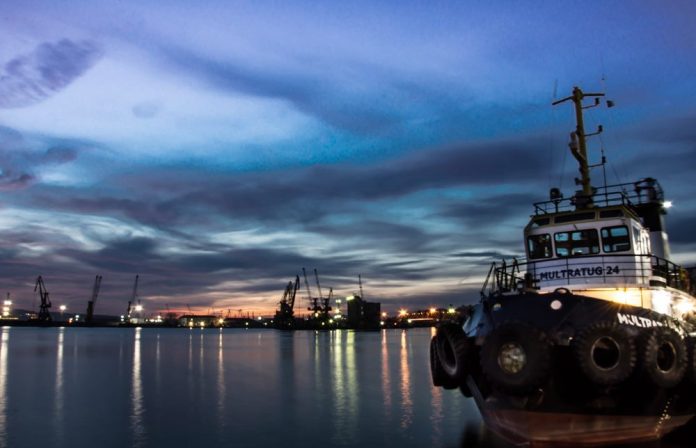 After spending three consecutive summer holidays in Romanian beach resorts, we’ve decided that a change in scenery is more than welcome. So, for this year, we decided to give our neighbor Bulgaria a try. After checking out various options, we decided to make Albena our new home for a week and see what it has to offer.

If you’re curious to see how our successful vacations went in Romania, you can check out my Hotel Dana in Venus impressions, as well as the story of our cheap stay in Eforie Nord. Last year, Eforie Nord was a dud and one of the reasons why I decided that we’ve given one too many chances to Romania’s seaside. For now at least.

In case things are not that obvious already, I am only going to judge the two countries based on what their seaside resorts have to offer. I can’t make other types of judgement since I haven’t visited any other parts of Bulgaria for long enough to get an educated opinion, but since most people look at both countries as cheap touristic destinations, this should be just enough.

Why did we choose Albena in Bulgaria?

I did a lot of research prior to us leaving to Bulgaria and whoever does something similar easily finds out that Albena doesn’t stand out as one of the most popular destinations in the country. We chose it for two main reasons:

We went for this hotel mainly because it was an All Inclusive hotel. It also had great ratings on Trip Advisor and its Romanian equivalent, Am Fost Acolo. Our son tends to choose food based on the way it looks (usually in photos in the menu) and then gets freaked out because he doesn’t enjoy eating broccoli with sweet and sour sauce or, even more often, because the dish he gets looks nothing like the photo.

In an All Inclusive deal, he sees the food right in front of his eyes and we can easily get a bit in our plate and let him taste it before making a decision. It was way easier this way (and definitely less expensive)

I am very happy with our choice, though. Hotel Kaliakra – a 4 star hotel in Albena – is right near the beach, with all rooms offering an impressive sea view. They offer two types of rooms: Superior and Standard, the former being larger.

We chose the Superior Room as I actually had the impression that there are two hotels: Kaliakra Superior and Kaliakra, with the former being the better one since it was a bit more expensive. But I was wrong. It’s just a hotel, with two different types of rooms – the Superior Room is larger and has a direct view of the sea, while the other rooms have more of a side-view, although it seems to be just as spectacular.

While there’s a lot of room at the pools, with just enough sun loungers, the food isn’t really the best around. I have no reasons to complain though: you definitely can’t go hungry during your stay and there are always a lot of things to choose from. However, I was a bit disappointed with the quality of the food, although it’s much better and definitely a lot more varied than what you’re normally getting in similar All Inclusive resorts in Romania.

Even more, the hotel advertised in many places that the fruits, vegetables and honey were all organic, while the Angus beef was locally grown and fed in a very healthy way. So that was indeed an unexpected bonus!

We were treated very well at the hotel by all staff: from the girls at the reception, to the waiters in the restaurants and the maids… everybody did a great job overall. They were not all smiles and good mood as you’d like all people to be when you’re on vacation, but us people living in the Eastern side of Europe tend to smile a lot less than others… so we knew they weren’t actually grumpy.

Overall, I was very pleased with the hotel and everything it had to offer. I am not sure I would go for the Superior room if I went there again, but I would definitely love to get there again!

Also read: If you’re a fan of comparisons, why not check out my Budapest vs Bucharest article?

Albena and the beach

I also didn’t know, before getting there, that Albena was nothing but a very small resort. I thought it was a place where we could find local people, houses and apartments – similar to Romania’s Eforie Nord. Instead, it’s more like Venus or other resorts in Romania. And very small too.

However, it’s extremely nice! The beaches are spectacular. For some reason, unlike the ones in Romania, they are never packed. Our hotel was full and there were many hotels in the resort… but the beaches somehow managed to be airy and extremely nice. It’s always good if you can go take a bath in the sea without rubbing elbows with other tourists…

The photo below shows the most crowded day during our stay there and even though some might consider that crowded, it’s not Romania-style crowded and it definitely felt very airy when you were there.

It was also surprisingly clean. The sand of Romanian beaches and the Black Sea resorts themselves are usually dirty, but for some reasons these were not, despite the fact that there were a ton of Romanian tourists there.

In terms of attractions, there’s not a lot to do in Albena. They have a really large Aqua Park which we didn’t get a chance to visit (but heard great things about)… and that would be it. A relatively small pedestrian street with small shops, several restaurants and hotels. Definitely a place to go and relax, not waste nights in clubs or getting tired exploring the city. (Although there are several attractions nearby that local tour operators or even taxi drivers would love to take you to).

In terms of costs, prices are similar to those in Romanian resorts. In other words, not very cheap by Romanian standards, but surely cheap for people coming from the Western Countries. And there was a lot of them: mostly people from Germany and other Nordic countries, as well as a lot of Russians. Definitely a lot more foreigners (even without counting the armies of Romanians) compared to what Romania gets – probably one of the reasons why the quality standards are a bit higher.

But back to prices, you could get a half liter bottle of soda from street shops for around one Euro, dinner at a nice restaurant was 10-15 Euros depending on what you went for and 1-2 euros for a beer or coffee. There was a standard rate for taxis (of around 5 Euros) from the bus station to the hotels, which was heavily overpriced – it was an easy 10 minute walk to our hotel and even less to other ones. Probably the reason why most people only took a taxi when they arrived and not when they left 🙂

One of the things that I enjoyed the most though was the silence. In Romania, there are pubs and bars on the beach and there’s loud music playing all day. You can’t hear the sea, you can’t think about anything but the loud music. Which is always hits from the 80s and 90s, if it makes any difference.

And as if the music wasn’t enough, the beach is full of wandering sellers yelling and shouting and making obnoxious jokes trying to sell you mud, corn on a cob and other crap. It’s chaos there and it was so good to actually be able to close my eyes, let the sun work its magic on me and hear the waves…

Bulgaria vs Romania: The Winner

Looking at everything as a whole, the two are extremely similar. It’s the same sea, the same water, the same climate, the same vegetation around and most of the hotels (especially the older ones) have that same – slightly outdated – look.

However, Bulgaria managed to adapt better, up their offering and increase the quality of everything they offer, leaving Romania well behind. From customer service to the clean beaches and clean resort, from the quality of the food and number of real-restaurants available (most in Romanian resorts are self service restaurants with very cheap, but very low quality food), to the hotels themselves… everything beats Romania.

Bulgaria is far from perfect. For example, they are way behind Turkey and way behind the Greece, but still well above Romania.

When I went to Bulgaria, I was very afraid. I heard a ton of scary stories – especially on how badly they treat Romanians, but instead I received high quality service and smiles from most of the staff. Everybody asked us where we were from and as soon as they heard we’re from Romania, they threw a “Buna ziua!” (Good day) or “Ce mai faci?” (How are you?). At the main restaurant, there was always somebody to greet us in Romanian and wish us good appetite. They did the same with all the other guests, all in their native language.

So even though it’s the same sea, it’s the same flora – it’s basically the same thing – the small but important elements make the difference.

Contrary to our expectations, we felt much better in Bulgaria than we did in Romania. Even more – and sadder, in my opinion – we felt more welcome.