The 2020 Romanian Legislative Elections are now over and the results are truly shocking in my opinion.

A far right nationalist party managed to mess up all predictions and plans, getting a record number of votes from the Romanians.

I will share my subjective opinions on the matter, as well as the results of the elections and thoughts regarding the future of Romania following this surprising vote.

The 2020 Elections in Romania had the lowest number of voters since Ceausescu was removed from power in 1989: almost 32% of the people voted.

Also, since many Romanians are abroad (and their votes usually have a big impact over the final results), here is how they voted this year (with 78% of the votes counted at the moment of writing):

NOTE: The final results are not available at the moment of writing. I will update them as soon as they are available. But having in mind that they already counted so many votes, it is unlikely that there will be any major changes at the end.

What do the Legislative Election Results Mean for Romania?

In order for a political party to be represented in the Parliament, they need at least 5% of the votes.

This means that just 5 parties will be represented in the Parliament, with two important contenders – PMP and Pro Romania (the latter being created by former PSD members) being surprisingly left out.

This also means that a far-right political party is making its way into the Parliament – with a bang, too! Their results are almost unbelievable.

I, for example, only learned that this political party exists very recently. If there are more people like me (and I am sure there are!) it means that once they become better known, their numbers could go up!

What is AUR, this year’s shocker at the elections?

But the biggest surprise – one that no analyst foresaw and not even the exit polls anticipated is the huge success a young, specific, far-right nationalist party had.

The party in question, The Alliance for the Unity of Romanians (AUR – which literally means “GOLD” – talk about bad taste!) is one of the youngest political parties which was created just one year ago.

And they managed to receive a huge support from the voters, scoring a bit over 9% in the country and 23% abroad. This is absolutely shocking!

This extremist party is led by people who have organized protests against mask-wearing to protect against the virus, but also anti-LGBTQ protests during a campaign a while ago when they tried to push a rule in the constitution that would define the word “family” to be the union between a man and a woman.

They also militate for the unification of all Romanians, resulting in a Great Romania that would include Basarabia and the Timok Valley, although they do mention on their site “all Romanians, wherever they are located [including] Italy or Spain”.

The nationalist party also promotes and values Christian faith (according to them) – organizing protests about limitations during the Covid times to visit various religious places.

Finally, they are an anti-minority political party, disagreeing with the rights (and demands) of Hungarians living in Romania.

The party’s leader is an ultras (a fanatical supporter of a football team) that heavily criticized adding a foreign player to the Romanian National Soccer team, but also was part of a group who clashed violently with Hungarian citizens in Valea Uzului.

So all the good stuff, as you can see!

My opinion about the Romanian Elections in 2020

The results are strange, for sure, but not necessarily unexpected (except for the AUR part, of course).

However, extremist parties have taken Europe by storm, so it’s no surprise that they have success here. Younger people are huge supporters here. Let’s not forget that Romania is not really LGBTQ-friendly, but it’s also a highly religious country.

Add to that the fact that this year’s pandemic really shook things up. The measures that the Parliament had to take (during the PNL rule) were not popular or populist (although I still consider them less than needed).

This upset a lot of people. AUR was the perfect choice for them: they’re a new political party, they are vocal and scream for personal rights (although, paradoxically, not of all people as we can easily see) and they offer a great alternative to those who are sick of the political class in Romania where the same people make the rules for 30 years now.

I am really curious to see how the new Parliament will look like. It seems that an alliance between PNL, USR Plus and UDMR is the most likely one here, but it remains to see how much they manage to get over 55%.

The results received by AUR and the fact that PMP didn’t manage to get into the Parliament is certainly an upset (initially, a PNL-USR-PMP alliance was discussed, with the participation of UDMR which is usually part of any alliance that gets a majority).

So the people who wanted PSD out managed to do this for the next 4 years (even though PSD is still the party that received the biggest number of votes in Romania!).

PNL will have the control in most cases, but at least they will hopefully get some sort of resistance from their allies at USR-PLUS so they will probably not turn into the next PSD (a party they constantly criticize).

Also, AUR will always be a thorn in their backs, something that should at least keep them alert.

They probably understand now that a potential upset is not completely out of the question as AUR grows over the next years.

Back in 2020, a far-right nationalist candidate, Vadim Tudor, made it to the second round of the Presidential Elections and I think we’re closer to history repeating than ever.

But all in all, things seem to be as expected regarding the majority in the parliament. PNL and USR will get their four year to try and turn things around.

While I would’ve personally loved to see one of the two with WAY more votes, this is the situation and hopefully they will be able to put it to good use.

However, with the pandemic having such a negative effect on everything… it’s going to be a tough time for them leading the country. They will probably need to take measures that most people won’t like, which will in turn make them less popular.

But we can only wait and see right now. And hope that four years from now, more people will go out and cast their vote.

Preparing for a Budget Trip Around Europe by Train 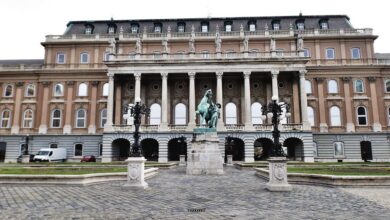 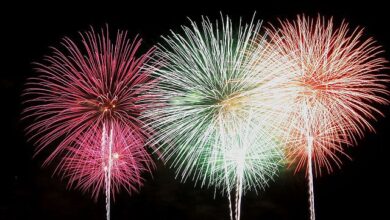 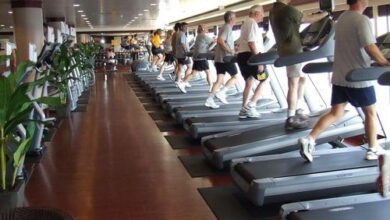