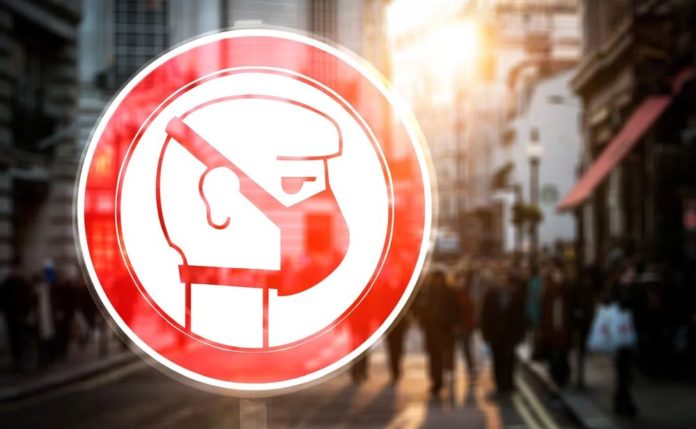 When I first started to hear about the Novel Coronavirus (nCov 2019) spreading in Wuhan, China I thought that Romania is one of the safest countries in the world in terms of getting any cases of the virus. It seems that I was (partially) wrong, as the first 2019-nCov virus scares came in Romania, one after the other.

The first news that I read – and I must admit that it wasn’t really pleasant to read it – was the fact that no less than 50 Romanian citizens had recently been in Wuhan. It seemed so crazy to read that so many Romanians traveled to Wuhan of all places in the world.

But apparently things are not as scary as they might sound at first: the tabloids and the media like to exaggerate things. After doing a bit of research, it seems that the poor people which were initially described as threats for bringing the novel coronavirus from China to Romania were in a different scenario.

We are talking here about a group of musicians from various cities (including Bucharest, Timisoara, Arad and Oradea) who had a tour in China. They spent 50 days total there, but they had their concert in Wuhan in early December 2019, before the virus appeared.

Even if the virus itself had appeared prior to that, the musicians would’ve had enough time to get symptoms. It is true that later on, in January, they passed Wuhan again – this time only switching planes in the airport before moving on.

And while some of the musicians are probably still a bit worried, it’s been almost a week since they returned home and nothing seems to have happened, so Romania seems to have escaped the nCov 2019.

Probably scares will follow more and more often – for example, just yesterday I read the news that there’s a first real suspect in Romania, a man who was taken away with an ambulance from the Bucharest Otopeni airport.

The man, coming from Israel, had flu-like symptoms according to the captain of the plane he was flying in – and who also asked for medical intervention. The man had traveled to China, too, which made him even more of a suspect.

But later on, the Romanian authorities found out that the man had been in China over three months ago… and eventually he tested negative for the novel coronavirus.

Additional updates (listing the latest first in order to make it easier to read the latest news):

UPDATE 4 (Feb 7): The most serious case of concern regarding a potential Coronavirus case in Romania: a teacher from Suceava has returned from China on Feb. 1st and started developing flu-like symptoms today (the 7th of January) when she went to the hospital.

She has been quarantined and results are pending – I will update when they’re in. Even though there seem to be reasons to be worried, there is a declared flu epidemic in Romania so it could be nothing but the regular flu… Let’s hope it is that way!

Also, the media went on fire as one of the doctors slipped and fell (pretty badly) while carrying the patient. You can see the video on Youtube here. (Health minister announced that the results are negative – no coronavirus in this case)

UPDATE 3 (Jan 29): A group of 25 musicians from Mioveni, Romania, returned from Beijing via plane. They show no symptoms but apparently were not put in quarantine because “they are healthy”.

This is VERY POOR management of a potentially dangerous situation and further proof that authorities prefer to quickly dismiss potential cases, probably in order to prevent panic. (nobody is sick by Feb. 6th)

UPDATE 2 (Jan. 28): A flight attendant (later on proved to be a passenger) that came from Vietnam via plane with flu-like symptoms was taken to the hospital to be tested.

Officials say that her symptoms are not similar to that of the novel coronavirus but at this point they seem eager to instantly deny any claims of the virus’ spread before having official results. (The patient eventually tested negative)

UPDATE 1: Another coronavirus scare – this time with a bit more substance came when a young man from Bacau went to the emergency room 8 days after coming back from China with symptoms that were similar to the new virus.

While the results are still not in, the authorities claim that it is “extremely unlikely” for him to be a carrier of the virus as he came from an area in China with very few reported cases. (The patient eventually tested negative)

Is Romania in danger of a potential nCov epidemic?

I still consider Romania to be one of the safest countries in case of an nCov Epidemic – although I am actually pretty sure that there will not be a global crysis to talk about. But I wanted to write this article and share the news because I am not sure how (or if) foreign media presents the situation here.

Because if you read some of the tabloids it might seem like all hell’s about to break loose here. Which is not the case.

Romania is not a very popular tourist destination and very few people (at least when compared to most other countries) who enter the country come from China or had been there recently.

Of course, as it was the unexpected case of the musicians that had a tour throughout the country, anything is possible, but despite that, Romania is one of the European countries that has the least chances of ever reporting a case of the new virus.

I am not saying that there is no danger at all – especially since I am not an expert – but I do think that nobody should be worried about traveling to the country in the next few days, weeks or ever.

Based on how the situation looks right now (where there are 3 cases in the entire European Union), you should be more scared of stray dogs, getting scammed by a taxi driver than the nCov 2019. Actually, the air quality itself is probably posing a greater risk today.

Even the regular flu might give you some real headaches – as the season has apparently started in Romania as well, but at the moment there are no things to be worried about.

Plus, with so many idyllic – yet very remote – villages in Transylvania and throughout the country, you have a lot of options to simply bunk up somewhere until the danger passes or the vaccine is ready.

While I always thing that it’s best to be prepared and also prepare for the worst, I don’t think that, under the current circumstances, Romania (or most of the world, to be honest) will get under threat from the novel coronavirus.

All authorities – and especially the Chinese ones – seem to have taken the necessary measures to prevent this new virus from spreading. I actually think that – as horrible as it is for the people living in the locked down Wuhan now – China is one of the few countries in the world that can stop an outbreak.

Imagine now even trying to lock down a city in the US or other Western countries: you’d have protests, human rights activists and millions of Instagram stories fighting against the “atrocities” – even though, as bad as it is if you are in the situation to be behind the closed doors – this is actually the thing to do in order to prevent an illness from spreading.

And yes, I stand by my words and I believe that no other country could’ve taken the measures that China has. Plus building a huge hospital in 6 days… that’s insane!

But this is a blog about Romania, and I will get back on track. I don’t think it’s necessarily bad to be aware of the presence of this virus and I don’t consider it a fake threat, but in the current situation, if you’re planning a trip to Romania and have your itinerary all set up, there isn’t any real reason to be worried that you’ll end up with the novel coronavirus in your system.

I will make sure to update this article if (heaven forbid!) the situation changes.

How to Get from Brasov to Timisoara (and Timisoara to Brasov)