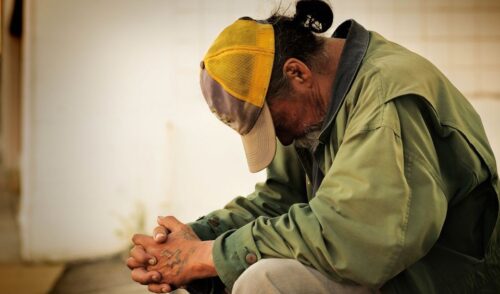 People living in Europe – especially Western Europe – usually have a very poor opinion about fellow Romanians, so I decided to try and tackle this delicate subject: in the end, if there are so many countries who frown upon Romanians. They can’t ALL be crazy, right?

Because “Romanian thieves” and “Romanian scum” are not words that should be used to describe all of us. There are good people and bad people everywhere.

Update notice: I originally published this article back in 2015 and I decided to update it and improve it a little bit with a very personal story, especially since it made so many people join the discussion (and I had to delete a ton of really bad comments).

It showed the Romanian Gypsies, the beggars, the bad seeds, the black sheep… you get the picture. They took the worst that Romania has to offer in terms of people and made it a rule of thumb.

No, not all Romanians are beggars, not all of them are thieves or just ba people!

Romania is an extremely poor country and also one of the least educated countries in Europe. It has some of the lowest salaries in Europe and many people don’t have electricity or running water (and even more don’t have a toilet in their house – 1 in 4 actually.)

This results in some strange individuals who consider petty crimes a way of living, who have no hopes for a better future and who are unfortunately living on a day by day basis, not even trying to figure out the bigger picture, not even trying to climb up the ladder and turn the odds into their favor.

Many of these people have already left our country and became parasites in Western countries – where there is more to earn, even from their petty crimes or begging.

And even though it is believed that most of them are actually gypsies (the darker skinned Romanians), they are still Romanian citizens and are a product of this country. Because a country is the sum of its best and worst people.

It’s these people (the worst, the scum, not gypsies as a whole) who manage to paint a dark picture of the Romanians.

I am talking about beggars, thieves, people who consider petty thefts a way of living – the only possible way of living, liars and generally bad people.

We still have these bad people here in Romania too and I am sure that every country has more or fewer of these individuals… they just exist in our society, no matter if we like it or not.

It just happens that ours go abroad. Many of them. They do stupid stuff. They don’t learn. They do it all over again. They’re the Romanians. And as a result, most people living in those foreign countries believe that ALL Romanians are bad people.

And because of this, the Romanians are frowned upon all over Europe. There are way more highly trained and skilled individuals working and living in European countries and all over the world – I’m talking doctors, nurses, engineers and skilled workers – but it’s not the good people that you hear about, it’s the bad ones. And this really hurts.

But no, it’s not that all Romanians – not even most of them, not even a big part of them – are the petty thieves that Europe believes they are.

Yes, it is true: there are some poor people here. We are uneducated. We generally lack the means to get the lives we feel we deserve and the more you look on the streets, the fewer smiles you can see on the peoples’ faces…

But most Romanians are doing their best to improve their chances, to change something and make their lives better.

I have nothing against people choosing to flee the country. I love to travel and I have considered it for various reasons (and I still do). Good people leave the country just as much as the bad ones do.

Living in Romania, I have interacted with a ton of extremely simple people who lived in shocking conditions, who had no running water and no means to own a TV or a fridge or to have EVER eaten at a restaurant.

I have a met a ton of different Romanians and even though some of them were the mischievous creatures Europeans think all Romanians are, most of them weren’t.

Because they wanted a better life and that was the most they could do. They wanted more.

I’ve met an old lady who barely knew how to read because she hadn’t been sent to school – but she still took a newspaper or a silly book for children and spent hours trying to decipher the words there. She wanted more.

I’ve met families of six living in a studio looking at a grim future, and I was extremely impressed when I heard that one of them got a scholarship and went to college to become a doctor or something high brow like this.

I know Romanians who skip a meal or two just to be able to buy their son or daughter books and notebooks for the school. To feed them and send them to learn something, to live a better life than they did.

Some really want more. Some people really do all they can – without breaking the law – to live a decent life. And most, despite their efforts, still get nothing in return.

Others give up the fight. They try something stupid. The easier way out. Sometimes it works, most of the times it doesn’t. You don’t have to live in Ferentari to realize that life gave you one lemon (not even more!)

I lived a very modest life. I grew up in a family where my Grandmother started a business at around 70: she borrowed the equivalent of $50 to buy coffee and pots and sold coffee to people.

The reason why she started doing this? She wanted to make enough to guarantee that we have enough money to buy bread daily. Can you imagine this? A 70-year-old grandma waking up each day at 5AM to prepare coffee, just to make sure that she has enough to buy BREAD?

I was lucky to grow up with such a family. To learn this work ethic. To know how it feels to go to sleep on an empty stomach. To see that you never give up and the only thing that stands in your way and success – however you want to measure it is yourself.

Not where you were born, not the deck of cards you were dealt with, nothing else. Bad people will do bad things no matter what.

I grew up surrounded by gypsies. Most of our neighbors were gypsies. Even the small kids were stealing, were swearing and didn’t go to school. I didn’t follow the same route. Because not all human beings – and specifically not all Romanians are bad.

And you know what? Despite all these, despite the fact that we all know that if we go in a Western European country and we admit that we’re Romanians (many have stopped doing so), we’ll be, most likely, frowned upon, we still go there.

We still get better jobs than we would get in Romania and we still manage to live a better life. Or at least some of us do – just like some of us don’t.

Because we want more. Because we’re not all bad.

Don’t rush to judge a person before you actually get to know them. I guarantee you’ll be surprised.

38 thoughts on “Why Are Romanians Frowned Upon in Europe?”