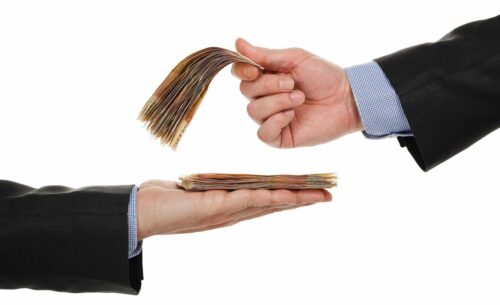 Romania is extremely attractive for people looking for a cheap country to live in. While it is in the European Union, it has one of the lowest costs of living in Europe, making it an amazing choice for people who wish to move here, as well as digital nomads or those who get their income from outside the country.

But what about those looking to move to Romania and work here? In today’s article, we’ll cover that aspect by looking at the monthly minimum wage in Romania, as well as the monthly average salary in Romania.

In my opinion, this paints a better and clearer picture of the country as a whole: by knowing the minimum and average salary, you will know both where your level of income would place in rapport to the average Romanian, but also what to expect from the job market itself.

Also, this means that if you at least earn the average salary, you will be able to live a good life here in the country.

With the year 2022 being such a crazy one with massive inflation and everything else that caused prices to skyrocket, we’ve seen some major movement on the income side as well.

While the increase in overall earnings here are not as spectacular as they were prior to 2020, and the minimum monthly salary is still the same from January, it’s interesting to check out all the data and see how we stay, especially in terms of average wages during this crazy year.

UPDATE: This article was initially published in January 2017, but it has been rewritten and updated ever since, every year, to keep up with the increasing salaries in Romania – and I will continue to keep it up to date.

What is the minimum wage in Romania in 2022?

The minimum salary in Romania in 2022 is 2,550 Lei gross or 1,524 Lei net. This means that somebody on minimum wages would bring home around 310 Euros each month.

This means that, compared to last year, the minimum wage in Romania has increased by around 20 Euros or around 7%, which is basically on par with the official inflation.

Last year, we actually had three different tiers of minimum salaries, but fortunately the government decided to switch to a single minimum wage as it makes more sense.

IMPORTANT! Starting 2022, employers are allowed to keep employees on a minim wage for a maximum of 24 months. This means that a salary increase over the minimum is mandatory afterwards.

These are some pretty interesting measures and hopefully they will result in an increased quality of life in the near future.

Romania is still bleeding workers who move to Western European countries, searching for better paying jobs and minimum wages have been increased a lot over the past several years, even though the numbers might still seem pretty low.

In conclusion, the take home minimum wage in Romania is around 310 Euros per month (or 1,524 lei) but companies are only allowed to pay the minimum wage for a maximum of 24 months before being obliged by law to increase it.

I would go as far as say that, with such a high inflation rates in 2021 (although officially we’re at around 7.5%), the buying power decreased a lot.

But despite all these, we do have an increased quality of life for those living on a minimum wage, at least when we compare numbers to 2017 and before.

What is the average wage in Romania in 2022?

An interesting thing about the average salary in Romania in 2022 is this: even though the minimum wages have seen spectacular increases in the past few years, the average wages didn’t follow the same trend, although they started moving up in the second part of the year.

This makes sense, because average salaries are not regulated. And even with 2020 and 2021 being such strange years, average wages in Romania kept going up, although they are not keeping up with inflation (which is at around 15% this year, which is crazy!)

Back to actual values, the average take-home salary in Romania in 2022 is around 3,850 Lei per month (around 780 Euros). This is an increase of around 550 Lei compared to last year. The Gross Salary is around 6,500 Lei (yup, that much goes to taxes!)

The numbers are slightly higher than the official numbers used for calculating the digital nomad visa requirements, which place the Gross earnings at around 1,100 Euros per month (5,500 lei).

Compared to the previous year, the average wage in Romania has increased by some 40 Euros – one of the biggest increases in recent years. It’s interesting to note that the average salary has more than doubled since 2013.

And despite 2022 bringing such a financial mess, it’s really encouraging to see that salaries are still going up both average and minimum wages.

We’re spending under 1,500 Euros per month as a family of three living in the provinces in a smaller city, but larger ones might need more money. Prices are going up and even though exchange rates are staying strong… it’s not easy anywhere right now.

If you don’t want to, then I would have to say that for a foreigner moving here, the average take-home wage (780 Euros/month) would not be enough to live a decent life, if you have to pay for accommodation.

With these in mind, let’s check out some of the best paid jobs in Romania. The salaries below are average amounts from 2020, so they might be a bit higher in 2022.

Hopefully knowing the minimum and average salary in Romania in 2022 will paint a clearer picture on the actual cost of living, the job prospects you’d have and how far your money would take you in case you’re living on income from a different country.

37 thoughts on “What Is the Minimum and Average Salary in Romania in 2022?”