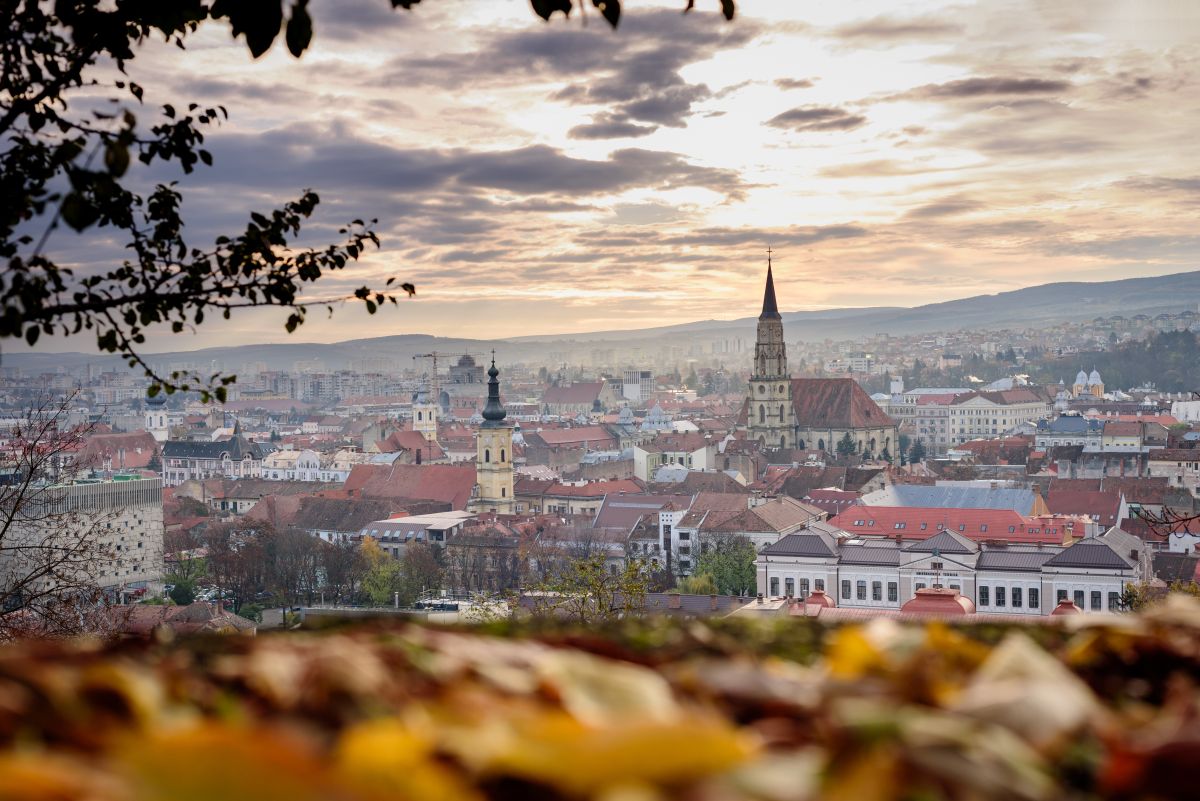 If living in Cluj Napoca long-term is a matter you’re considering right now, I’ve got a full list of Pros and Cons prepared down below.

Weighing what you’ll love about living in this city and also the less pleasant thing you’ll have to deal with at least every now and then will hopefully help you make your mind whether you should indeed move here or not.

To make things even easier, I already have a list of the best neighborhoods in the city – make sure to check it out also!

Now let’s get back to Cluj Napoca and the Pros and Cons of living here.

Also known as “The Silicon Valley of Eastern Europe”, Cluj is a big Romanian city in constant expansion and evolution regarding sectors such as tech, business and education.

With 12 big universities hosting 80k students and an IT hub with more and more software specialists with high salaries, Cluj Napoca is Romania’s second most populated city in Romania, with a bit over 300,000 people living here.

Pros of living in Cluj Napoca

So… we’re already off to a good start, right? Let’s check out a few more good things about the city!

And with big cities… come big opportunities. Big city in constant growth and evolution means it’s a great location to settle, as it will keep developing and offering more and more things to do, facilities, public services, shopping centers and jobs with higher salaries.

Cluj is one of the very few cities in Romania where the population is growing instead of (steadily) declining, and this is a solid indicator that it’s indeed a good choice to be here – go where the locals go!

At least in comparison with Timisoara, which is another big city of Romania. Or Constanta. Or Bucharest. Or most large cities in the country, that is.

Streets in Cluj are really clean and nice for long walks. And a clean city helps keep your mood high.

3. People are nice and relaxed

Like, really nice, with a relaxed and non-confrontational attitude – which is something you won’t get a lot of in most parts of the country.

Although it’s a big city, you won’t find that many annoyed, worried and angry people, or that “always-in-a-hurry” feeling.

Regular people are a lot more welcoming and warm-hearted, in the heart of Ardeal.

People of Ardeal, Transylvania – with the core in Cluj Napoca – are known for moving and acting slower than the rest of the country. So, if you don’t like being always in a rush, this will the ideal location.

They talk slower, they walk slower, deadlines are longer and even green color at traffic lights lasts longer than in Bucharest or Timisoara. (This is a bit of an urban legend, actually… but it might be true!)

There are lots of employers and job offers in the IT domain. Both multinational companies and local start-ups choose to settle their offices and activities in Cluj.

Hence, there’s a multitude of job opportunities in the tech domain, so extra points if you are looking for a job in this sector.

Cluj is one of the four main University cities in Romania, along with Bucharest, Iasi and Timisoara.

It has some of the best Universities in the country, with lots of opportunities for students.

Education, in general, is of high quality here – with plenty of good options when it comes to younger students.

Architecture is a big plus in Cluj-Napoca. Living here will have you walk every day amongst tall buildings, well-maintained, with modern architecture and charming looks. Not only in the city center!

There aren’t many, but those green areas that are still there are large and great to hang out.

I’m talking here about the Central Park, the Cetatuia Hill and the Hoia-Baciu Forest – corners of nature with fresh air and green areas to explore for free during weekends.

Plus, the Botanical Garden, which is an oasis of silence that easily takes you out of the context of the city and walks you through the most beautiful gardening cultures in the world, amongst waterfalls, lakes, bridges, forests, greenhouses, towers and more.

9. A city of culture and arts

It’s not only a city for architecture lovers, but also for those passionate about arts. With a rich history and important cultural value for Romania, Cluj has a national theater and opera house, plenty of churches, museums and statues.

All ready to tell stories to those interested in listening and exploring.

Mainly due to the high presence of students and to the productivity of the business centers. Plus, there’s an increasing trend of young population in Cluj.

Hence, you’ll be surrounded with a young vibe, full of energy, especially in the main squares, filled with bars and pubs to hang out at.

11. Public transport is a big plus

They’ve got one of the most modern and well-maintained public transport systems in Romania, with electric buses, trolleybuses and trams. (But no metro yet)

To these add up the private transport companies, with really affordable prices for taxi, Uber, Bolt and even electric scooters.

Plus, let’s not forget that Cluj has an international airport with connections to some of the biggest capitals of the world, and a train station connected to tons of cities and small towns in Romania.

Sure, it will take forever to get from Cluj to Bucharest by train, but that’s another story…

Last but not least, Cluj is the host-city of one of the most popular festivals organized in Romania. If you’re in love with concerts and musical events, Untold is organized every year in the city.

If you’re lucky enough to live close to the location where the music plays – and it plays really loudly – you’ll get to listen for free, no ticket needed. (This might also be a Con though)

Cons of living in Cluj Napoca

Of course, there are some bad things about living here – just like it’s the case everywhere in the world. Let’s see the cons now!

Renting an apartment is expensive in Cluj Napoca. During the last few years, renting a place in this city has actually become more expensive than in Bucharest, the capital of the country.

Due to the high demand amongst students who come to Cluj for some of the best Universities, and IT specialists with high salaries, the prices for rental and real-estate have grown considerably in comparison to most other cities in Romania.

You can read more about the cost of living in Romania (Cluj as well) once you’re done with this article.

You won’t see many trees, parks and green areas around. Apart from the beautiful main parks, botanical garden and the hill, there are very few green spaces and nature.

3. Traffic is awful at peak hours

With a constantly increasing population, a booming software industry, evolving business world and plenty of students, the traffic gets really congested at peak hours.

Everyone tries to get to their destination – university, office, work – and the space on the road and street is not sufficient for all the cars, means of transport and people. Hence, it gets really agglomerated.

4. Not EXTREMELY well connected to the world

Even though there is indeed an important international airport here in Cluj, as well as a train station with good connections to Hungary, you still don’t have plenty of options when it comes to visiting other places.

Sure, you don’t move here just with the idea of leaving, but if you do want to travel, the options are somewhat limited.

As a bonus, though, Budapest is really close and from there you can go anywhere.

With a general picture upon the good and the bad you’ll find in Cluj Napoca, I’d say that plenty of Pros far outweigh the few Cons.

Con #1 sounds like a deal breaker, but the high salaries for IT specialists and the numerous work opportunities for multinational companies that pay well resolve the matter and make it actually affordable.

Don’t forget that, even though expensive by Romanian standards, the country – including Cluj Napoca – is among the cheapest to live inside the European Union.

Anyway, now having all these Pros and Cons sorted out in a punctual and realistic list, I hope you’ve got the aid that you needed to decide if living in Cluj Napoca is the right choice for you.

So, would you like to live in Cluj Napoca? If so, or if you already live here and noticed any other Pros or Cons worth mentioning in this list, share your experiences with a comment below and let me know!