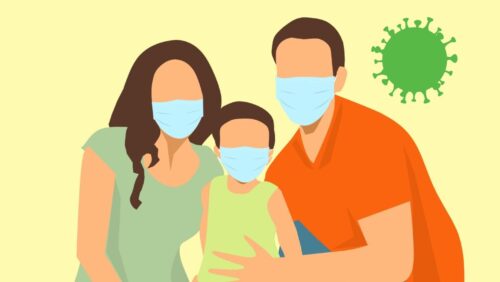 Just like most of the world out there, Romania isn’t doing that well when it comes to the number of new Coronavirus cases reported daily. With new measures in place and a few months since my previous Covid-19 update, I decided it’s time for a new article.

For the very few of you who are still following my coronavirus tracker article – but also for those who look at the situation worldwide, it should be no surprise to hear that Romania started to break records in the Coronavirus department as well.

The country has passed 10,000 new infections per day on one occasion until now, on the 6th of November.

It came close afterwards, but until today, the unwanted milestone wasn’t reached again. I believe that it will today and I am honestly worried for the numbers of the coming weeks.

The problem in Romania is that until very recently – when the latest measures have been announced, very few people actually wore a mask or seemed to care.

And things weren’t extremely bad for a while. By mid October, there were around 3,000 new cases each day on average which wasn’t good but definitely not a nightmare.

However, because nobody was taking any precautions anymore, things changed really fast.

In other words, a huge jump in just a matter of days. New cases doubled in only a couple of weeks.

It was obvious that new measures had to be taken. Many (including myself) claim that they came too late.

The Winter “Partial Lockdown” in Romania

Starting Monday, November 9th, a bunch of measures came into play – similar to the measures that other countries took to combat the spread of the virus. These include:

You can read more about all the measures taken (in Romanian language) here.

Apart from these measures, they tried to close all peasant markets in the country – that’s the place where crowds are gathering like crazy, especially older people. And, of course, they don’t wear their masks right.

But there was a huge wave of protests and they decided against closing them but implemented some stricter measures.

Regarding restaurants, I have to admit that I haven’t been to one for several months now. I did a bit of research, but I couldn’t find any exact data. But I believe that they are still allowed to operate at the moment, but only at 30% of capacity (inside) and with distance keeping outside. You can also order takeaway at any time (including during 11PM-5AM).

How’s the overall situation in Romania

Things are obviously not good. Restaurants and clubs and all businesses that required public interaction and participation are definitely hit hard by this.

Many are starting to help each other, promoting each other’s food and encouraging their customers to order online. This is what actually makes them get past this.

However, while there were no restrictions, most restaurants operated at full capacity (based on the new laws). Despite my personal worry to eat in such restaurants, most people have nothing against visiting them and there are no reports that they caused any real outbreaks.

But when I see restaurant staff not wearing gloves and especially masks (or wearing them on their chin), I have no desire to give it a try. I am really sorry about my favorite restaurants but as long as they’re not doing their bit (wearing a mask), I can’t do mine to support them.

I might be exaggerating and we definitely miss eating out (or even ordering food), but we’ve always been the extra cautious kind. No point in not eating out when there were 1,000 daily cases but acting like it’s nothing when we have 10,000.

However, I have noticed that starting Monday when the new restrictions applied (and even a few days before), more and more people were wearing masks.

That’s what you get when the cases grow so quickly (and so do the number of deaths, but I don’t really like to talk about that).

In Romania, before this week, everybody seemed to believe that kids can’t wear masks. Well, guess what? They are now wearing masks and have no problems. This is a good thing.

Our son always wore a mask since this pandemic started. He never complained, he never had any problems with that. It took some time for him to learn not to touch it every two seconds but it wasn’t that bad.

People generally try to find excuses for things they are not really comfortable with. I understand that, but sometimes we must do things we don’t really enjoy in order to stay healthy and have a chance to return to normal sooner rather than later.

I do believe that Romania is just now starting to be badly affected by the virus. I also believe that this winter will be a miserable one and by the end of December, we will have some really bad days.

However, even though a bit late, the measures imposed by the government seem to be accepted (even though reluctantly so) by most people. Seeing masks out there tells me that the numbers will at least flatten. Hopefully, they will go down.

Just the other day, I read that in one of our larger cities (can’t remember which right now) six people died because there was no room for them in the ICU units. The hospital claimed that they already had other major, terminal illnesses… but still. Doctors are warning that the time they’ll have to start triage might be closer than we’d like it to be.

The biggest problem, in my opinion, is the fact that the authorities are reluctant to take some serious measures. There are very important elections coming on December 6th and they don’t want to upset their electorate.

Probably I am in the minority here with those who want to see action taken – because they do upset me with their lack of action.

Either way, politicians worldwide are in a tough spot right now: no matter what they do, there will be a side that will be heavily disappointed. I personally believe that since that’s the case anyway, they should do the right thing and try to curb the spread… but there are other things to consider.

But I do believe that if people were a bit more careful and played their part: wear a mask, wash their hands, keep the distance for a while, things won’t be that bad.

Because if the hospitals will become overcrowded, fatalities will increase and the entire system risks to collapse. This is what I worry the most about: the moment when they say: “there’s just no more room for anybody”.

Hopefully that will never happen. The signs that Romanians are starting to take some measures are here, fortunately.

But things are far from over. And even though Romania is not bad (on paper, at least) like other countries out there and if you look out of the window, life seems to be running normally… things are bad and I believe that the next few weeks they’ll get worse.

But at least there is hope, New measures are taken. A vaccine is coming sooner rather than later. Romania (like the entire world) will go through this as well… although I think we can’t estimate the cost yet.

Stay safe wherever you are and try to take care of yourself the best that you can!