We have already learned how to say various things in Romanian – from I love you to Merry Christmas – but what about some phrases and expressions that are unique to the Romanian language?

That’s what we’re going to talk about in today’s article: 20 Romanian expressions that make absolutely no sense in English.

I am sure this is going to be a fun read! It’s going to be fun to write too, since many of these unique Romanian expressions are really difficult to translate and might seem completely illogical in English.

But each language has its own share of such expressions and it proves just how creative people can get – and how a simple word can get a completely different meaning just like that.

So today we’re going to talk about some Romanian creativity and check out a bunch of Romanian expressions that sound really funny when translated in English. Even more, they make little sense unless you really know what you’re talking about.

So let’s get started with a new Romanian lesson for things you never thought you’d need in your life – and most likely, you don’t!

This might not sound like it, but when something or somebody is “concrete,” it means that they’re really good. To keep it in context (kind of), we could say that it’s somewhat similar to “You rock!”

So a very cool guy or girl is “concrete,” a song can be “concrete” and even a food that’s concrete is actually good. Probably the lack of quality roads in the past made this “concrete” be such a praised element here.

The total opposite of “concrete”. Being a cabbage is really bad. Like really, really bad. Which is strange, because cabbage is a vital ingredient in one of the most appreciated Romanian foods – sarmale.

This usually goes just for people though – so a food can’t be “cabbage”. But a person can – either when they don’t know anything about a topic, or are plain stupid.

But don’t use this wrong! You can also turn yourself into a cabbage (te faci varza), which means that you are completely wasted. There’s also a nice song about this: Varza, performed by Vita De Vie (Grapevine). Oh my God, so many foods!

3. Faci din tantar, armasar = Turning a mosquito into a stallion

Do you have a friend that keeps exaggerating everything? Well, it means that they’re trying to turn a mosquito into a stallion. Seems impossible, but the Romanians are experts at doing so! Fishermen, too.

4. Ca baba cu mitraliera = Like the old lady with the machine gun

Can you picture this image? An old lady sporting a machine gun? It sure doesn’t sound like a good fit and this is exactly when you can use this expression.

When something doesn’t fit or doesn’t seem right, you can say that it’s as fit as handing a machine gun to an old lady.

5. Te inneci ca tiganul la mal = You drown like the gyspy near the shore

I’m not sure where this expression is coming from, but it will surely be used less and less because the world we live in is fortunately changing into a better one.

But until then, Romanians still say it and people still drown near the shore. This expression is used when you’re just about to complete something, but you fail in the last minute.

This is actually a good thing. It means that you finally have a breakthrough moment or understand something. Just like those machines where you used to put a coin in and you got something nice in return. So having your coin drop is like having that “Eureka!” moment after a long wait.

Dropping coins are good, jumping mustard – not so much. When this happens, it means that you get really angry. So try not to make anybody have their mustard jumping, it’s not nice!

Just like the expression itself sounds, rubbing somebody’s wooden leg is absolutely pointless. So whenever you’re doing something that makes no sense or can’t help your situation in any way, it’s like rubbing a wooden leg.

Almost like me trying to explain these expressions that only make sense in Romanian.

9. Iti iei inima in dinti = You take your heart into your teeth

There are other more interesting ways to describe somebody getting courageous enough to do something, but Romanians take their hearts into their teeth.

It’s not pleasant, you don’t really enjoy doing it, but it has to be done. So squeeze tight and just do it!

10. Se simte cu musca pe caciula = You feel the fly on your cap

Whenever that fly lands on your cap, it’s not a good thing. It means you did something wrong. You don’t really admit it and people might not know that you did that horrible thing, but you do know.

And that fly weighs a ton. So it’s not good to feel the fly on your head – instead, just admit that you did something wrong before somebody finds out and their mustard jumps!

In English, you say “When pigs fly”. In Romanian, for the same thing, you use “Pastele cailor”. Might sound interesting, but it will never happen. There’s no such thing as the horses’ Easter!

Going rafting might sound like fun, but the truth is that it’s not good to be gone with the raft. This means you’re a little bit crazy. Or more so, although it can be also said in a playful way when you suggest doing something out of the ordinary.

13. Freci menta = You are rubbing a mint leaf

There are few things as pointless as rubbing a mint leaf. It’s like doing nothing – and exactly this is what the expression means.

When you’re just doing nothing – or doing something completely useless (like browsing Facebook), you can say that you’re rubbing a mint leaf. Just wasting time.

It’s students who have the carrot usually, right before exams or important interviews. You can go as far as saying to somebody who clearly has a carrot in their ass something like: “Run! There’s a bunny coming!” and they’ll know what you’re talking about.

15. Dai cu mucii-n fasole = You throw the buggers into the beans

Remember spending all the time boiling the beans and preparing a delicious meal only to throw your buggers in at the end. It’s not good and it means that you just blew it. Don’t eat the beans!

When you want to tell somebody to eff off, you tell them to go walk the bear. It’s a bit more polite. Just like that!

17. Ai pitici pe creier = You have dwarves on your brain

Just like going with the raft, having dwarves on your brain isn’t really good. You’re not necessarily crazy if you get them – you might just have an obsession, but it’s definitely not a good thing to have. I mean… a dwarf might be OK, but more? That’s a definite NO-NO!

You might try to fool yourself that you can do it – getting drunk drinking cold water, but it’s not going to happen!

So whenever you’re trying to do this – or somebody else is – it means that they’re just lying to themselves. And it’s usually friends who have to tell you that you’re doing it. And hopefully stop you from doing it!

19. Te scoate din pepeni = It pulls you out of your watermelons

When somebody pulls you out of your watermelons, things are really bad. It’s even worse than having your mustard jump!

That’s like the ultimate thing in terms of annoyance. So try to never drive somebody as crazy as it is when you pull them out of their watermelons!

I mean, just admit it: it happened to you before. You were chilling in the watermelons and somebody, out of nowhere, just popped up and pulled you out. Remember how angry you were and you’ll know what this expression is all about!

This one was modified over the years and as it is, it doesn’t really make sense in Romanian either. Because if somebody tries to sell you donuts, they’re actually trying to tell you lies or fool you in a way or another.

But why donuts? Well, in a region of Romania, there is some fried dough that’s called “Minciunele” – which translates as “little lies”.

So the original expression was that somebody is trying to sell you minciunele… but since “gogosi” is shorter, it turned into that over the years. Many don’t even know where it has all started, but everybody knows that selling donuts means you’re lying.

Talk about creativity! This expression is used when somebody manages to accomplish something great with limited resources. Or in a situation that’s not favorable. A “winning against all odds” kind of thing. But way better said, ha!

Pin it for later:

I am sure that there are even more such expressions in the Romanian language – expressions that make little sense if you are to translate them in English. But we’ll have to do with these today, it’s probably enough to start with! 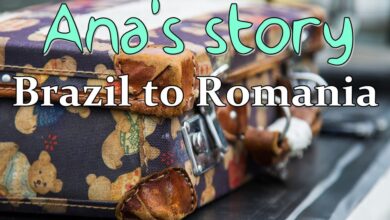 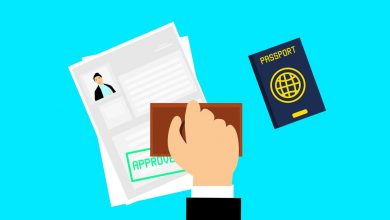 How to Get a Residence Permit in Romania (and Renew It)