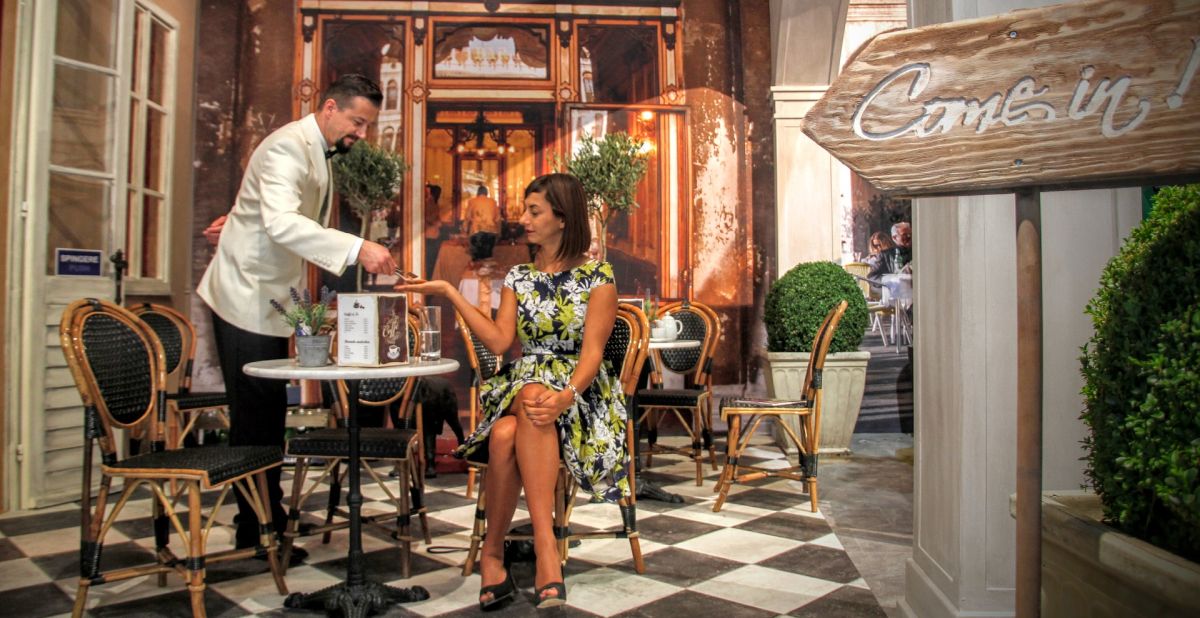 In today’s article, we’re going to talk about the tipping etiquette in Romania. You will better understand if tipping is required here, how much to tip and and who to tip, plus various other things that will help you during your stay here.

During my travels, I realized that each country has its own tipping etiquette and applying what works in your country might not be a good idea in a different one.

Without knowing exactly how much is considered enough, you can end up tipping less or much more than what you’re expected. While the latter won’t upset those you tip, if you really want to say “Thank you” to somebody for their service, you should know how much to tip.

But enough with the intros! Let’s start answering your questions and we’ll start with the most important one.

As a golden rule of thumb, you should know that tipping around 10% of the bill in Romania is considered a good tip. If you are really happy with the service, you can go up to 15%, which will be even more appreciated.

But in reality, every person living in Romania will have their own strategy when it comes to tipping and how much to tip, so we can say that the “appropriate” amount is something that you feel – not exact numbers, as strange as it might sound.

It also depends greatly on where you are and what type of service you are tipping for. While tipping in restaurants and bars is basically mandatory, you’re not expected to tip in the local supermarket or when buying clothes, for example.

When it comes to restaurants and pubs, we could say that most people stick by the 10% rule. This means that you should tip an amount equal to 10% of your bill. This will be considered enough in all places and nobody will feel offended.

Remember that most people working in restaurants work on minimum wage (which is very low in Romania) and they’re basically expecting tips as part of their income. So if you can tip – even more than 10% – it will be greatly appreciated.

But there are other services that you are expected to tip for – or at least it is appreciated and many people do.

Whenever I get stuff delivered at home, for example, I tip around 5 lei (which is around 1 Euro), no matter how much I pay for the things being delivered.

The amount might seem small to foreigners, but extremely generous tips are not very common here. Many Romanians won’t tip at all or tip very low amounts outside of restaurants and pubs (and some don’t tip here either).

Do you tip tour guides in Romania?

Yes, you’re usually expected to tip tour guides in Romania, and the base rate of 10% applies here as well. If it’s a free tour, consider tipping 50 lei (10 Euros) or at least 30 lei if it’s a shorter tour or the guide doesn’t do a great job.

Have in mind that if your guide involves a vehicle (with one or two drivers), then the guide will always split the tip. In this case, you can increase the tip to 15% of the total cost of the tour, if you can afford it.

Should You Tip for Takeout?

You are not necessarily expected to tip for takeout in Romania, but it will be appreciated if you leave a tip. If the food is delivered to you, then you are expected to leave a small tip (around 5 lei) to the delivery person.

However, even when ordering takeout, you should know that there are still people involved in the preparation of your food and most likely they receive a low wage. But they are also more prepared not to receive a tip when takeout is involved.

Is tipping required in Romania?

At restaurants, pubs and bars, tipping is normally expected throughout Romania, with 10% of the bill being considered enough. Service (aka “the tip”) is usually not included in bills – but do double check to make sure.

As I said before, since salaries are so low in Romania and the prices are going up, it is customary to leave a tip even if the service was not great. One thing is certain: no matter what type of service you’re paying for, the person receiving the tip won’t be offended.

Therefore, you are generally expected to tip when paying for your bills in a restaurant, bar or pub, but also when paying for a taxi ride or for your tour guide, and even in grocery stores or supermarkets (if paying by cash, the coins are usually left behind)

The latter are not really seen as actual tips, as people usually don’t take the coins when they receive their change (because, yes, many Romanians still use cash and haven’t switched to using Euros yet).

If it’s a bunch of 10 bani coins or lower, almost nobody will take them because of their low value. The 50 bani coins will usually be picked from the bunch of coins received as change and all the lower ones will be left behind.

The good side here is that if you go to a farmer’s market, for example, they will always round down the amount you have to pay.

So even if something costs 5 lei and 40 bani, they will only ask for 5 lei from you. In this case, you are not expected to tip or pay more. Although I am sure nobody would mind if you actually do.

So to sum it up, most people are going to expect you to leave them some sort of a tip, no matter if we’re talking about the change in a supermarket or an actual tip offered at a restaurant or to the guy that delivers your pizza.

Although cash is still king in Romania, in most places in the country (maybe except for villages and very small towns) you can pay using your card. This is getting more and more popular, too.

Unlike other countries, though, in Romania there’s no additional “tip” option on the bill, so if you want to leave a tip, you will actually need to have some cash available for it. (And the same rate of 10% applies.)

So, when in Romania, make sure to always have some Lei with you – not only for tipping purposes, but also to pay in the places that still won’t accept payments by card!

Finally, if unsure, do ask if service is included in the price. In some areas – especially the more touristy places out there – the service fee might be already included if you pay by card (and sometimes even if you don’t).

In most cases it won’t – I personally have never been to a place where the tip was included in the bill – but it doesn’t hurt to ask just to be sure.

But all in all, you shouldn’t really worry too much about this. Any amount is appreciated in Romania, as the people here say that even a little bit is better than nothing!

14 thoughts on “How to Tip in Romania: When, who and how much to tip”