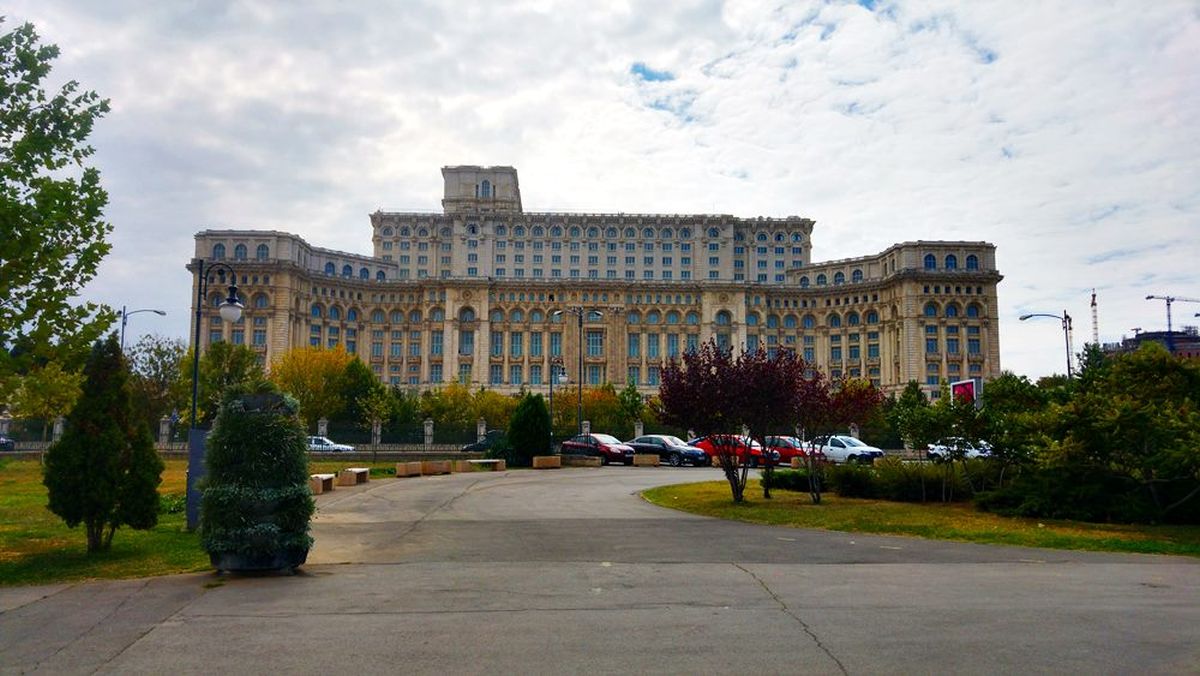 The mammoth building – Palace of the Parliament in Bucharest – is one of the must see attractions in the city.

However, I had never visited the place until 2017 – and I did realize that I had missed out. But today I’ll tell you everything you need to know about the Palace of the Parliament!

I went with her and her husband, Federico, to see the Peles Castle in Sinaia, but also the Palace of the Parliament (among other attractions). And today, I will talk about the latter.

IMPORTANT: If you want to book a “Skip the line” ticket, make sure to check the offer here. It’s cheap and extremely convenient!

Things to know about the Palace of the Parliament in Bucharest

The Palace of the Parliament is the second largest administrative building in the world (after the Pentagon) and a mammoth building that Romania’s former dictator, Nicolae Ceausescu, decided to build for himself.

Back to the Palace of the Parliament, let’s check out some fun facts about it:

Palace of the Parliament Entrance Fee

Or, even better, you can skip all the bureaucracy (as well as literally skip any lines) by booking a Skip the line tour of the Palace of the Parliament.

Important: Double check these prices as they might change without warning!

You can find more about the tours, schedules and most importantly the phone numbers to call to make a reservation on the official website of the Palace of the Parliament.

Or, even better, get the Skip the Line offer that I’ve recommended above in order to make everything as easy as possible.

Touring the Palace of the Parliament

Here are some photos of the Palace of the Parliament tour that we took, with some extra details and comments from my side:

12 thoughts on “Touring the Palace of the Parliament in Bucharest: Complete Guide”