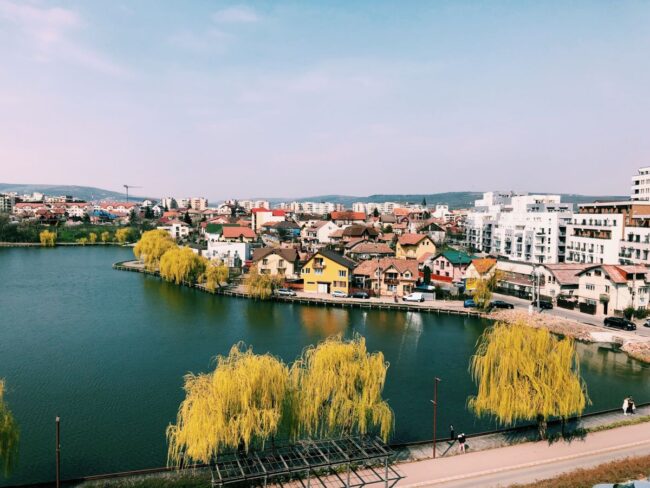 If you’re planning to come to Romania and Cluj Napoca is on the list of cities you’ll visit, you’re probably how safe it is. In the end, it’s the third largest city in Romania after Iasi, so it has to be at least a bit dangerous, right?

Well, Cluj Napoca can be considered a really safe city in Romania. The country overall is safe and Cluj makes no exception. Petty crime is the most popular, but it’s really unlikely that anything bad will happen during your stay.

Of course, some common sense needs to be applied – as everywhere in the world – but apart from that, you’ll be very safe walking the streets at night, being in crowded places and so on.

After all, according to voxeurop, the Eurobarometer studies carried out between 2009 and 2015 showed that 94.79% of Cluj residents believe that the presence of foreigners in this city is a healthy measure for the economic development, while the European average is much lower than this (76.3%).

In other words, Romanians welcome tourists – and not just to rob them. Ha! But let’s get a bit more in depth with this!

How safe is Cluj Napoca?

Taking into consideration the statistical data and my personal information and opinion on the matter, I am going to talk briefly about this subject.

By far, Cluj is one of the safest cities in Romania. According to Numbeo (whose data I always take with a pinch of salt, but this time I agree with), this Transylvanian city is the second safest city, after Oradea.

Also, Cluj is ranked, by the same website, as the 30th safest city in the world which is not bad at all.

For example, it is estimated that one gunfire occurs every 745 days, while chances for violent crimes or being mugged/robbed are also considered very low.

At the same time, the chance of being robbed in public transport, especially when the bus is full, is higher than when walking on the street at night.

But what happens when you get mugged on the bus? As I’ve seen, people generally won’t do anything, but if you scream loudly, the bus driver will close the door and call the police. He takes the work seriously, so you don’t have to worry.

The chance of being robbed on the street during the day and night is low to very low, but it depends on which neighborhoods you walk around, as Cluj does have some ill-famed ones – even though not to the level of Bucharest’s Ferentari.

Generally, it is considered safer to be as much as possible in the central areas and to avoid neighborhoods located farther away from the city center.

I’ve written an in-depth guide to the best neighborhoods in Cluj – make sure to check it out to be 100% sure that you’re as safe as you can be when visiting.

But really, even in the ones considered dangerous, you will most likely be fine.

Which neighborhoods should you avoid?

Although Cluj’s security index is high, there are still some neighborhoods with a bad reputation and it’s best if you can avoid those.

Located on the edge of the city, this is actually a road that connects important strategic streets, which are Fabricii and Oașului. But it is considered a bit more dangerous than other areas of the city.

During the day, the street is safe because it is busy. There are important workshops, a bank branch, several technical faculties, the biggest park in the city, a lot of shops here. Public transportation is diverse and runs on time.

Only after 7 p.m. does the traffic begin to reduce. At night, the Boulevard inspires an air of insecurity, but usually, nothing bad happens. If you are a resident, the chance of being robbed is reduced, but you must take precautions.

There is no doubt that Cluj has changed dramatically in recent years. A lot of its streets are being modernized, several bridges are built, and the facades of the historical houses or various blocks are rebuilt. In a word: the city begins to flourish.

While this process is spreading rapidly in the areas close to the city center, in Someșeni for example, where the Avram Iancu Airport is located, this neighborhood is only slowly starting to take shape.

Since it is not as crowded as other parts of the city, it might be a bit more unsafe at night.

By far, the least welcoming neighborhood in Cluj is Pata Rât, also known as the Dallas Neighborhood – based on the TV show Dallas, which was very popular in Romania.

It is a poor area with heaps of garbage around and there are more chances of petty crime happening here than in other parts of the city. So out of all places in Cluj, this would be the only one I’d recommend you to completely avoid.

Overall, Cluj Napoca can be considered a very safe city. It doesn’t matter if you travel alone or not, if you are outside during the night or day – it doesn’t really matter a lot which neighborhood you’re visiting. Chances of being in danger are minimal.

Even so, commonsense precautionary measures should be taken everywhere.

And now, if all this talk about the city made you hungry, make sure to continue with an even more pleasant article, the one sharing the best restaurants in Cluj Napoca.

2 thoughts on “Is Cluj Napoca Dangerous? Everything You Need to Know”