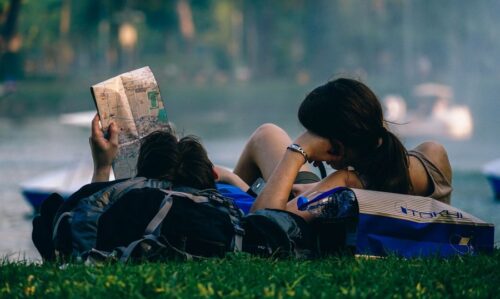 The good news is that Bulgaria’s capital is the closest European capital to Bucharest, so you have some fast options to get there, especially by plane, which will take you to your destination in just over one hour.

But we’re going to talk about all options that you have below, so let’s not waste a single second and instead let’s see how to get from Bucharest, Romania to Sofia, Bulgaria!

Getting from Bucharest to Sofia by Plane

As I said already, if you’re looking to get to your destination fast, then hopping into a plane will take you there in just a bit over one hour.

At the moment of writing the article, there are very few options – probably because of the entire travel industry being on halt, basically. But even if you only have one option after things get better, you still have a good one!

I am talking about a plane from Bucharest to Sofia, operated by Tarom, leaving the OTP airport in Romania at 6PM and arriving at destination at 7:15 PM.

Make sure to double check the timetables and prices on Tarom’s official website. I will also make sure to update this article once things calm down, if other companies offer direct flights to Bulgaria’s capital city.

Getting from Bucharest to Sofia by Train

If you are not a big fan of traveling by plane, you can get to your destination by train. There is a direct train leaving from the Bucharest Gara de Nord train station at 11AM and arriving in Sofia at 9:05PM.

The train only offers 2nd class seats and also has sleeping cars, but since you’re traveling throughout the day, they are kind of useless in my opinion.

If you choose the longer train ride, you will spend most of the time riding in Bulgaria, and the ticket price will be around 35 Euros. You can buy the ticket online, but you will have to collect it at the train station.

Make sure to double check the schedules and fees here.

Getting from Bucharest to Sofia by Bus

Despite the proximity of the two capitals, the number of buses available is really low, even during the season when most of them head towards the seaside resorts in Bulgaria, and not towards the capital.

There are a few options available, with buses taking you to your destination in as little as 6 hours and 15 minutes (Flixbus), but the bus itself leaves a quarter before midnight, so the timing is not ideal.

Other buses are seasonal, some of them starting to operate in May, some just during the season and some year-long. You can find more direct buses from Bucharest to Sofia here.

You might also have more options, especially during the season, splitting your trip in two: get a bus from Bucharest to Ruse, and then find a bus from Ruse to Sofia (or a train).

One of the disadvantages of traveling by bus, especially during the season, is that you will spend a lot of time in queue at the customs, because all (or most) buses with tourists will pass through Ruse as well.

Getting from Bucharest to Sofia by Car

There is a ride sharing app in Romania, called BlaBlaCar. This can connect you with people going to Sofia by car, and willing to take you with them. This isn’t very reliable, since you might not find a car available for your dates, but it’s worth checking out if you want to.

Alternately, you could rent a car if you plan to get back to Bucharest. Driving to Bulgaria’s capital will take around 5 hours and a half.

Even though the two capitals are relatively close, we don’t have a lot of options available in each category. But we have at least one option in each, which means that if you prefer a means of transportation over another, you shouldn’t have a problem getting a ticket.

By far the easiest way to get from Bucharest to Sofia is by plane – but it’s also the most expensive. A car would get you there relatively fast as well, but they’re not as easy to find as hopping in a train or a bus is.

But in the end, it’s your choice to make and I’s sure that with the details above, you will be able to make the best one to fit your needs. And since you’re here already, why not check my article about Romania vs Bulgaria?

2 thoughts on “How to Get from Bucharest to Sofia by Plane, Train, Bus & Car”